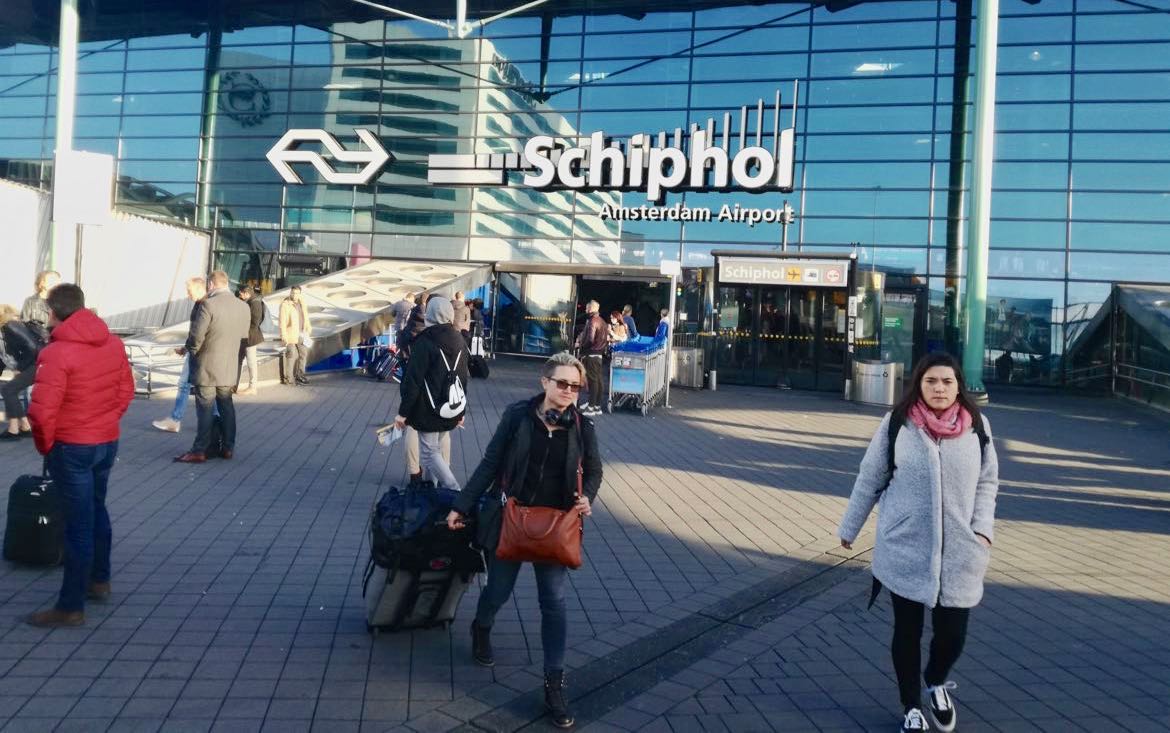 WARNING: do NOT accept any offers from drivers inside the airport building. These drivers have no license. Stories about unlicensed taxis charging hundreds of euros (not kidding) find its way in the newspapers regularly.

Best way to get from Amsterdam airport to Amsterdam

The best, safest and easiest way to get from Amsterdam airport to Amsterdam and back, is by booking a taxi online. Different cars and fare prices are available. The driver will pick you up directly outside the airport terminals arrivals area once your flight arrives.

There is also an official taxi stand outside the airport. Follow the yellow signs to find it. Expect to stand in line to get a taxi. Do NOT accept a taxi from a driver inside the building. This is illegal and you will be at risk of being scammed.

2. Use Uber to get to Amsterdam City Centre

If you have the Uber app on your phone, you can use this service also to get from Amsterdam airport to Amsterdam. There are three services available.

3. From Airport Schiphol to Amsterdam Central Station by Train

You can buy a train ticket at the yellow vending machines. You can also buy train tickets from the airport to Amsterdam online so that when you arrive, you can jump right in the train. There are one way and two tickets available. More about public transport in Amsterdam.

The trains leave from the platforms downstairs. There are many trains that stop at Amsterdam Central Station. In summer there are special tourist helpers at work at the airport Schiphol train station to help you find the right train.

Or take the bus (thank you Carmen for your comment!). The Amsterdam Schiphol Bus goes to the city center every 7.5 minutes. It’s bus 397, departing from bus stops B15 -19 at Schiphol. At night, you may take Niteliner N97.

The buses don’t go to Central Station but stop at the Rijksmuseum. Last stop is bus station Elandsgracht. The ticket costs € 6,50 and can be bought at the bus stop at Schiphol. The Amsterdam Travel Ticket (€ 17, free transport all day) is valid also on this bus.

Don’t forget the bus! There is a special airport express that runs every 7,5 minutes and brings you straight into the city. It stops at Museumplein, Rijksmuseum and Leidseplein. It costs only €6,50. https://www.connexxion.nl/en/our-routes/special-routes/amsterdam-airport-express

Thank you very much for this great website, it is quite useful! We will be there in 70 days and now will have great info to help us with our stay – you are a gem!

Thank you! Enjoy the preparations and your visit!