Explore by neighbourhoodSightseeingWhat's up with... 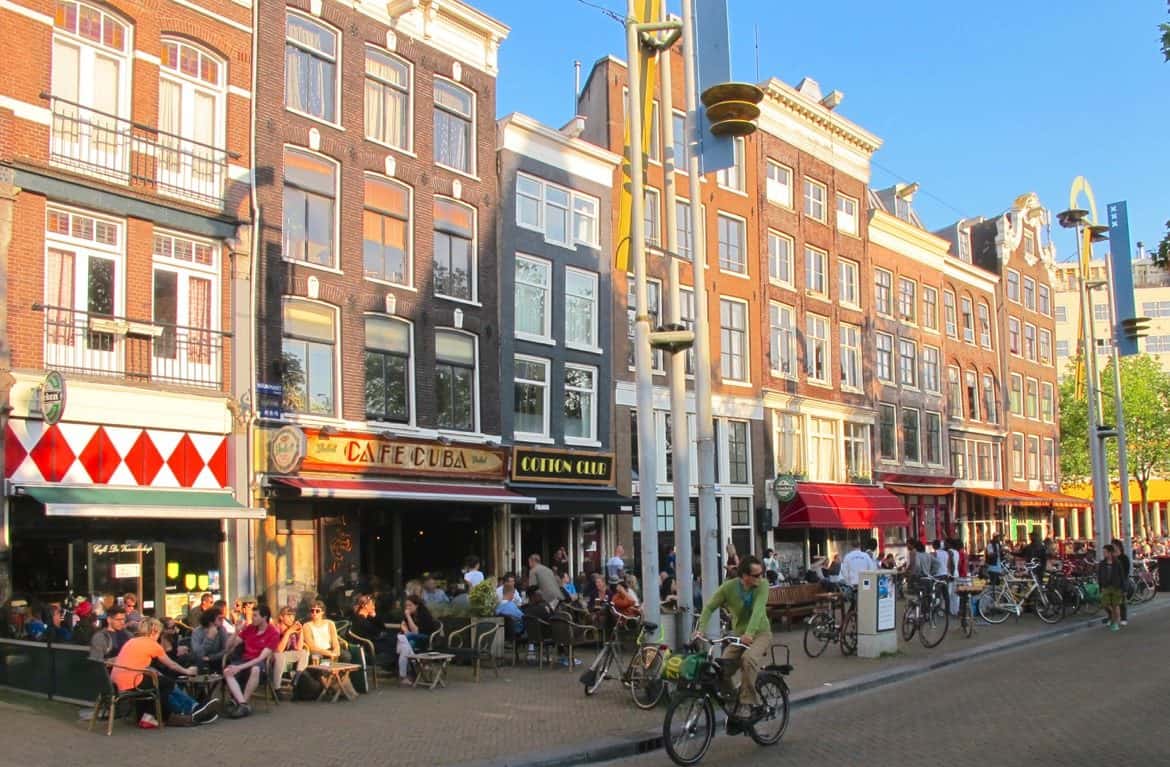 The Amsterdam Chinatown lies in the heart of the city around Nieuwmarktplein square. It is one of the oldest Chinese neighbourhoods in Europe, dating back to around 1910. The first Chinese arrived in The Netherlands around 1900. They worked as sailors, stokers in particular, on large Dutch steamships.

Amsterdam Chinatown is where you can find authentic Chinese food: roast duck shops, Chinese pastry, supermarkets with Chinese spices and of course many good and cheap restaurants. The heart of Amsterdam’s Chinatown is the Zeedijk, near the Red Light District.

Chinatown is also the place where you will find Japanese, Indonesian, Thai and Korean restaurants. There are Asian supermarkets, hairdressers, bookshops, massage parlors, travel companies and shops specializing in religious items.

The Heart of the Dutch Chinese community is the Buddhist temple on Zeedijk in Chinatown. The Tempel was opened in 2000. The Fo Guang Shan He Hua Tempel is the largest religious building in Chinese style in Europe.

The design was made by a Dutch architect. Ornaments and roof tiles were flown in from China. The animals pictured on the roof represent the Chinese zodiac. The dragon represents the protection of the temple and its surroundings.

During the Buddhist memorial day of Vesak (in May or June), Dutch-Chinese from all over The Netherlands visit the temple to burn incense for Buddhist saints. A sculpture of Gautama Buddha is carried in a procession to Nieuwmarkt square.

The He Hua Temple offers a guided tour and is open for tourists as well as Buddhists for meditation. The Amsterdam Chinatown area is located around Nieuwmarkt Square and Zeedijk.

The first people who arrived in Amsterdam, arrived by boat from poor areas of China, such as the South Chinese province of Quangdong, which was hit hard by war and famine. In between contracts, the Chinese workers gathered in Amsterdam around the Binnen Bantammerstraat, Zeedijk and Nieuwmarkt. First, they stayed mainly indoors in small cramped boarding houses.

The Dutch got to know them better when the Chinese men who were too old or weak to work on the ships, started selling peanut cookies in the streets around the Binnen Bantammerstraat.

During the crisis years following the oil crisis of 1928, many Chinese lost their job on the ships. The Dutch government deported many Chinese back to China. But many Chinese people stayed and started their own business around the area of Nieuwmarkt in the heart of Amsterdam: restaurants, laundry companies, and textile businesses. Some married a Dutch woman.

In 1928 the first Chinese restaurant ‘Kong Hing’ in the Binnen Bantammerstraat was opened. It was a huge success. Even the American singer and dancer Josephine Baker visited the restaurant several times. There are photos of her in front of the restaurant.

After the second world war, the Chinese opened restaurants all over the Netherlands. Many Chinese who started a new life in the Netherlands were illegal though. The Chinese also opened their own pleasure houses: gambling houses, opium dens and clubhouses. In the 1960s, Dutch people discovered Chinese opium and added this new spice to their favourite drugs: hash and speed.

In the 1970s, heroin arrived. The Chinese mob brought the drugs from Hong Kong and Singapore. It was cheap and very addictive. Chinatown in Amsterdam was where junkies and dealers met. In 1980, over 10.000 people in Amsterdam were addicted to heroin. Many people died of an overdose. The city council decided to tolerate coffeeshops in Amsterdam and decriminalize the use of marihuana.

After 1985, HIV/Aids arrived and the sharing of needles to inject heroin caused even more deaths. In 1985, the area around Zeedijk and Chinatown was ‘swept’ clean, to end the illegal street trade in drugs and the Chinese neighbourhood started to flourish.

Nowadays Amsterdam is proud to have Chinatown. The area is now a safe area in Amsterdam.

Hey Can i og to Amsterdam and smoke a joint AS a turist still ?

sure, nothing has changed… Read more about Amsterdam coffee shop rules here: https://www.whatsupwithamsterdam.com/coffeeshops-2/

Can you tell me how to get to He Hua Temple from the Centrl station AMS?