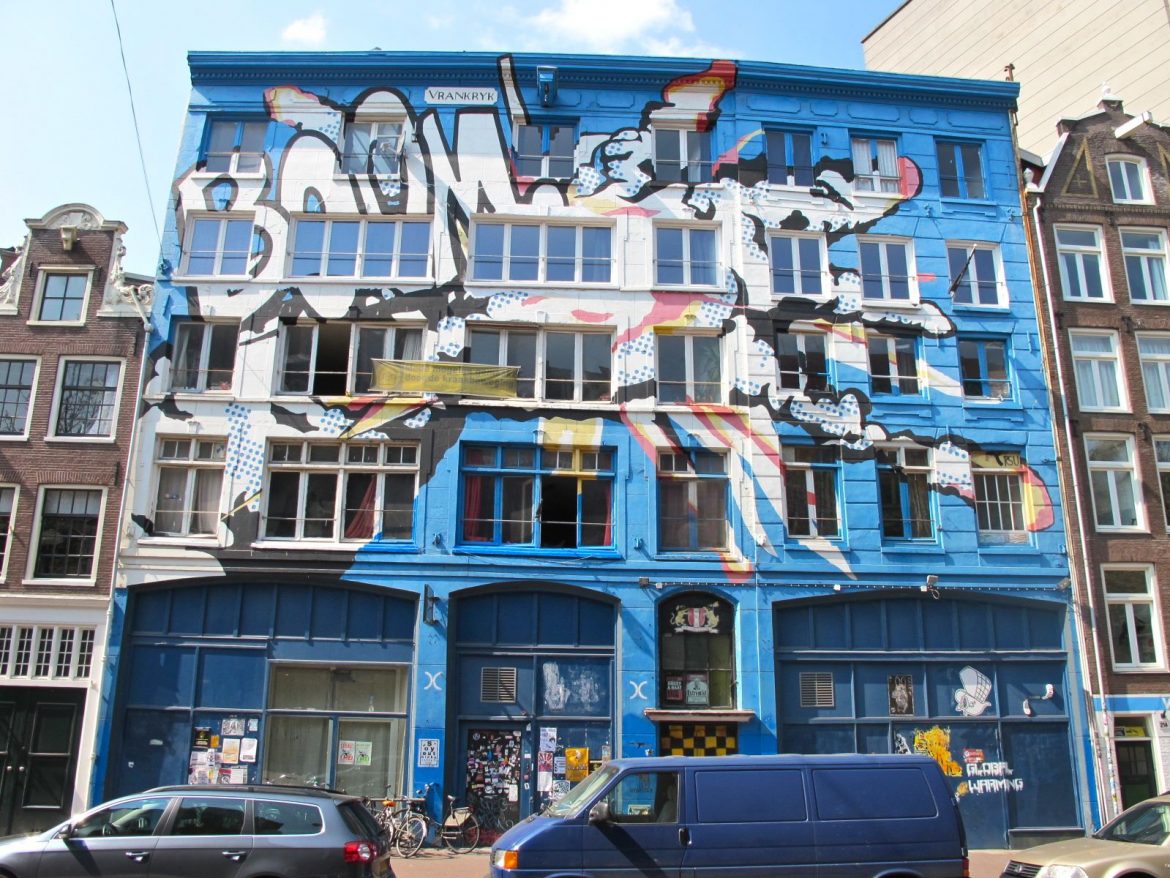 Squatting in the Netherlands became big in the 1980s when a lack of housing caused young people to move into abandoned buildings. Squatting in Holland soon turned into a political ‘movement’. After squatting was legalized in Holland in the 1990s, many squats were legalized or converted into an official ‘Breeding Space‘ for artists. Read more about Amsterdam’s most famous squatted buildings in this article.

The Most Famous Squats in Amsterdam

OT30 stands for Overtoom 301, the address of this famous Amsterdam squat. The building was used as a film academy and after being empty, squatted. Now it is owned by the squatters and turned into an alternative cultural centre with as stage for music and performances, a cinema, a vegan restaurant and artists workspace.

The huge building of Vrankrijk on Spuistraat has been squatted since 1983. In 1992 part of the building was bought by the squatters. Vrankrijk is most famous for its political views, debating globalisation, capitalism, animal rights, anarchism and feminism. Bands from the punk, ska and alternative scene play in the bar downstairs.

Across the street are the famous Tabakspanden. But these buildings are a thing of the past. In March 2015, the police came to drag out the remaining squaters. In 2016, the first apartments were sold.

At the most southern exit of the Vondelpark lies the wonderfully designed OCCII. The building, with a remarkable wooden front on Amstelveenseweg is part of a complex of buildings that housed a horse tram station.

All of the buildings were part of the horse tram station: the old stables are converted into artists workplaces, a cafe, a restaurant, an anarchist library, recording studios and some apartments.  The entire complex was squatted in the 1980s but since 1994 legalized. Most famous was the sauna, Fenomeen, however, that was closed in 2011.

how bout just talk and negotiate with the govt? They have to listen cos they creatd the difficulties in finding homes in the first place

Do u have any information what happened the small squat pub infront of a squatted house where were(?) a 1000 of mices?
plz reply to my mail.