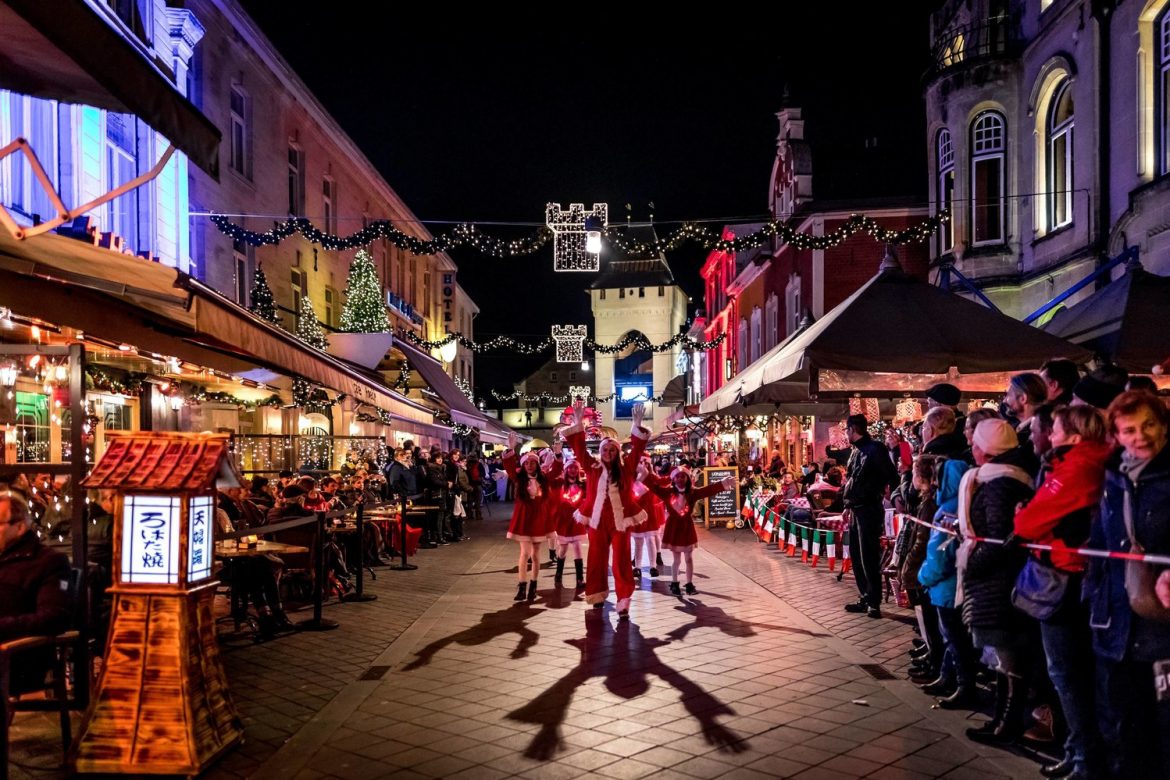 In between Germany and Belgium, lies the Dutch city of Valkenburg. It’s not just the only city in the Netherlands that comes with a mountain, but it also holds the best Christmas market in Europe! (It’s official!).

The reasons are obvious. Twice a week there is an amazing Christmas Parade and you can try out the best of this culinary capital of the Netherlands on the Route d’amuse tour. But, best of all, part of the Christmas market takes place underground, in caves! Image all those lights and decorated trees and thousands of stands, sand sculptures and miniature villages… this Christmas Market will take your breath away.

A Dickens Festival in Deventer

Which writer do we associate more with Christmas than Charles Dickens? If you love the characters of Dickens: in the Dutch city of Deventer they come alive! Volunteers play the roles of hundreds of characters from the famous British writer: Scrooge, Oliver Twist, orphaned children, drunkards, and many others. They wear over 700 beautiful costumes. Step back in time to the 19th century and head off to Deventer. The same weekend there are also many Christmas markets, concerts, and other activities.

Leiden is a wonderful city to visit. Even more so, around Christmas time. in the month of December, there is a very special Christmas market that takes place on barges that float on Leiden’s river Nieuwe Rijn. Stroll around the more than 70 winter chalets that offer winter delicacies and Christmas gifts. Onshore is a nostalgic Christmas fair. Recommended: take a boat cruise to see it all from the water.

Haarlem is Amsterdam’s neighbor. If you are spending Christmas in Amsterdam this year, hop over to Haarlem, it’s only 30 minutes away by train. The Christmas Market of Haarlem is one of the biggest in the Netherlands.

The biggest Christmas Market in the Netherlands is in Dordrecht, near Rotterdam. There are almost 300 market stands here. But there is much more than just a Christmas market here!

There are an ice rink and a living nativity in the garden of the Grote Kerk (Big Church). Everywhere circus acts surprise visitors with their acrobatics. The main square is a musical terrace and you can sing along with your favorite Christmas Carol.

Buitenplaats Beeckestein is a beautiful estate built for the rich Amsterdam merchants. It dates back to the 18th century. In 2019 Beeckestein is the romantic location for a Christmas fair. Especially beautiful is the garden, one of the most important historical gardens in the Netherlands. During the Christmas Fair there are also live musical performances.

Why these are the best things...