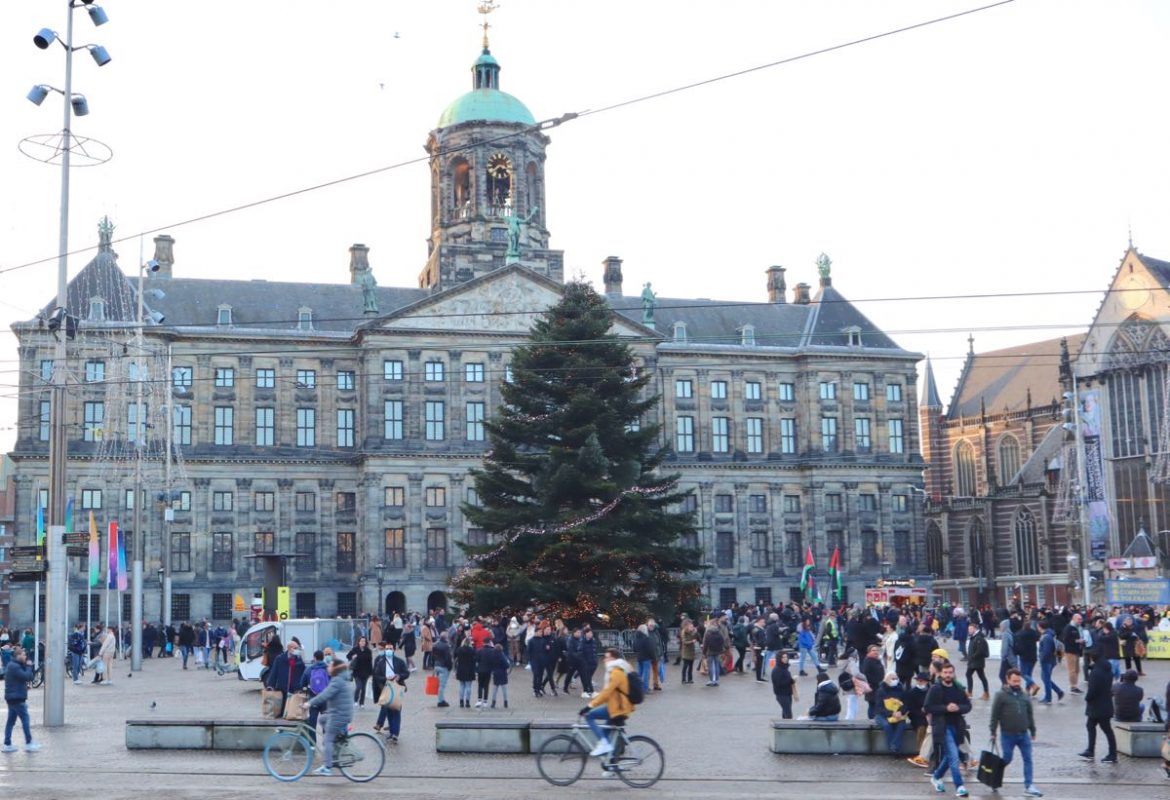 During Christmas in Amsterdam in 2022 the Amsterdam Light Festival brightens the beautiful Amsterdam canals with amazing light art sculptures. Looking for more things to do in December in Amsterdam? Go ice skating at the Museumplein.

The Museumplein is the heart of Christmas celebrations. Lots of cozy lights and a Christmas market in Amsterdam where you can eat Dutch traditional seasonal food such as oliebollen and glüwein, as well as German sausages and beer.

For the ultimate Christmas experience book this winter walking tour in Amsterdam to spot all the hidden gems of the city.

Are shops and museums closed in Amsterdam on Christmas in 2022?

Almost all shops, museums and restaurants in Amsterdam will be closed on Christmas Day 2022. However, the Van Gogh Museum, Rijksmuseum, Hermitage and Stedelijk Museum are open for visitors.

December 26 is Second Christmas Day (‘Boxing Day’). In bigger cities, like Amsterdam, most shops, museums, and restaurants are open. In the rest of The Netherlands, shops are closed.

Finding things to do in December in Amsterdam, is not difficult! There are many markets where you can shop for Christmas presents. Try to find one of the maker markets, where you can buy handmade gifts. Often these special items are sold to you directly by the maker. Keep checking the calendar of events in Amsterdam in December. Looking for a Christmas market outside Amsterdam? Find the best Christmas markets in The Netherlands.

The spirit of Christmas enters the Netherlands after the traditional Dutch feast of Saint Nicolas (Sinterklaas, Santa in Holland) on December 5. From mid December, schools in The Netherlands close for 2 weeks. Families prepare their homes for this special time with candles and a really decorated Christmas tree. In The Netherlands, Christmas is a real family celebration.