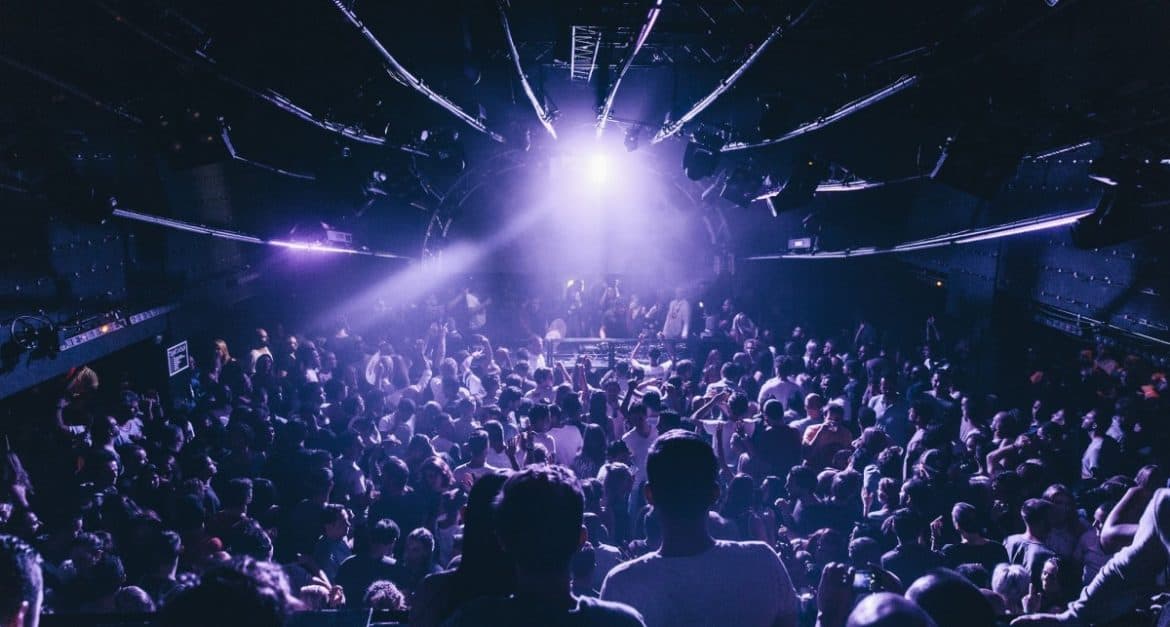 Check the link for an overview of the Music Festivals in Amsterdam.

The Best Clubs in Amsterdam

One of the biggest and more commercial dance clubs of Amsterdam is Escape. Club Escape has been playing a major role in Amsterdam nightlife since 1986. This is the place where Dutch DJ’s like Tiësto, Armin van Buuren and house legends like Bob Sinclair, Kevin Saunderson, Marco V.,  Todd Terry and David Guetta stood behind the decks.

With a maximum capacity of 1300 party people, Club Air is another spacious nightclub in Amsterdam. Still, this club has an intimate feel by partitioning the space into different areas. The crowd is progressive and open-minded and that makes it one of Amsterdam best clubs.

Don’t let the stylish interior full of red velvet walls fool ya, Club NL, just around the corner of Amsterdam’s Dam Square, is an easy-going club with a nice vibe and friendly staff. Amsterdam Club NL fills up late on weekend. Weekdays entrance is free. The house music DJ’s are very good and will get you dancing.

Disco Dolly is the place where you will end up when you have no more place to go. The later you arrive, the longer the queue. It’s open every day of the week. The crowd of mostly students come here to dance and party. Dj’s spin mostly disco, soul, funk and house as long it’s danceable.

A bar with nice, intimate dance area with a stage that occasionally is used for bands at Bittersweet (Bitterzoet). Amsterdam nightclub Bitterzoet attracts a young crowd that prefers hip hop music.

Dress up fashionably to get in Jimmi Woo, because the door bitches can be a pain in the ass. If you’re not famous, just wear your new Choo’s to get in. It might not be as classy and glamourous as in the first years but Jimmi Woo is still the most international nightclub-style club there is in Amsterdam.

On Thursday, Friday and Saturday, the Amsterdam artist society of De Kring opens its doors for non-members for parties. Party nights are organised in the basement under the name of Club Up. Dance music is eclectic and so are the people.

Amsterdam’s Milky Way (Melkweg) is a legendary concert venue, nightclub, cinema, café and restaurant. Generally, there’s a concert first. So the party starts late. Every Saturday night a multicultural crowd fills up the Melkweg for the popular Encore, a very popular club night loaded with hip and R ‘n B.

Famously called the pop temple of The Netherlands, squatted in the sixties by hippies, Paradiso was the first place where smoking weed was tolerated.

The popular club is now Amsterdam most important and legendary concert hall. During the weekend dance, electro and techno DJ’s take the stage after bands have played.

Chicago Social Club is a late-night bar and club at Amsterdam’s Leidseplein. The building has different areas with stairs, balcony, smoking area, two dance rooms and bars. Most club night is Super Social on Thursday night (free entrance before 12) and Backstage, every first Saturday of the Month. Backstage is a classic house music club night in Amsterdam, with a casual (hip) crowd.

De School is the continuation of legendary clubs Amsterdam Club 11 (11th floor of a former Post office) and Club Trouw (in former newspaper Trouw building) but in a different location. In the hip and happening Amsterdam club scene, De School is The Place To Be.

Volkshotel is a hotel, a restaurant and a club blessed with a fantastic view of the city; it is located on the 7th floor. On the rooftop, there is even a hot tub and sauna. Hipsters, locals, tourists, and students mix really well at Club Canvas. Music is funky, but you will find no big techno DJ’s here. It’s just a lot of fun.

Shelter is Amsterdam’s latest added underground club. And some say it’s one of the best clubs in Amsterdam. The club is spacious and has a chillout room and a smoking area. Shelter takes itself very seriously as a techno-rave venue. There is a door policy, so be sure to get tickets before you arrive.

Traveling in Amsterdam? Don’t Forget to Check Out...

hi, I have a question about ADE: which are the most important clubs and parties? And it is allowed or forbidden to smoke inside the club?

Hi! Almost all clubs in Amsterdam are part of ADE and they have different line-ups and parties each year. Check the website of ADE when the programming is listed. Almost all clubs have a smoking area. It’s not allowed to smoke anywhere inside public buildings in The Netherlands, and this includes clubs.

There are some clubs missing I see which are absolutely worth a visit!

Traveling in Amsterdam? Don’t Forget to...