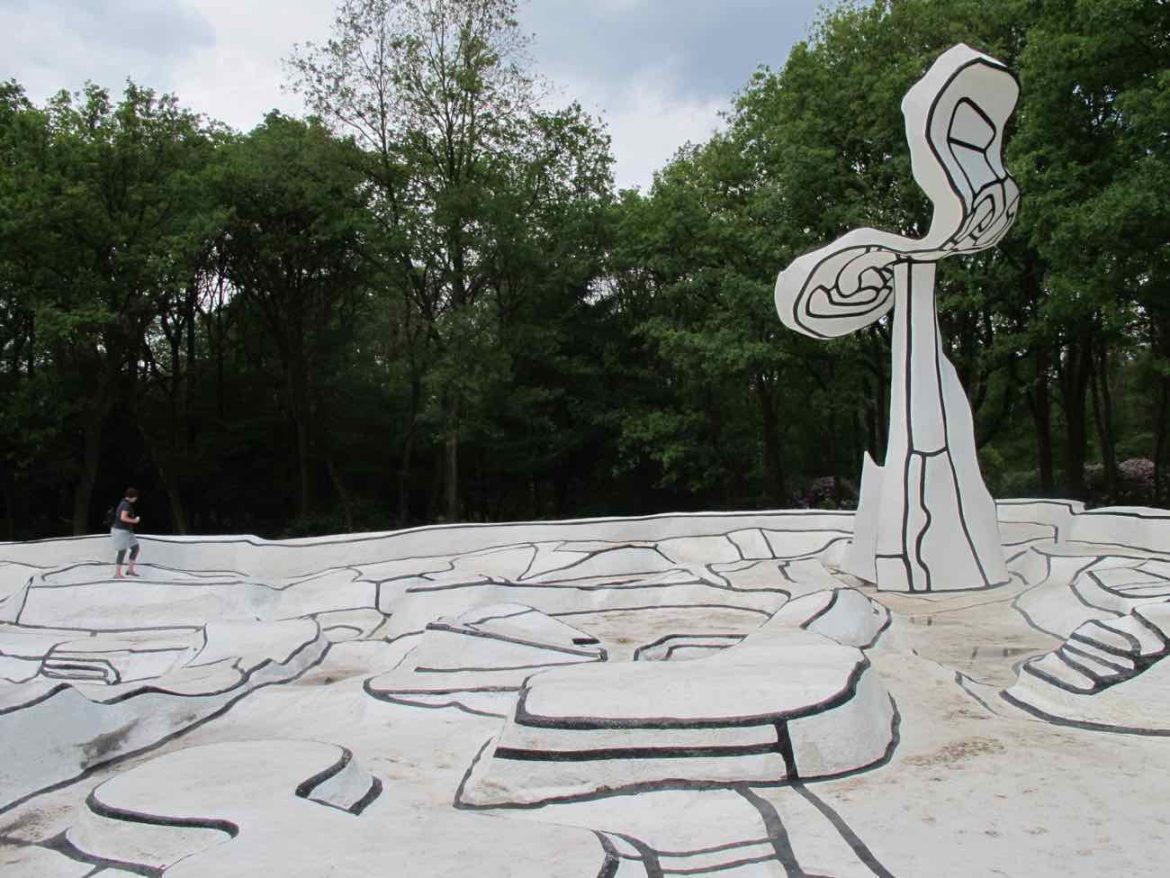 The Kröller-Müller Museum holds the second-largest collection of Van Gogh paintings in the world. The museum is located in a woodland forest in central Netherlands. From Amsterdam, it takes more around hours by train and bus to get to the museum. It’s best to visit the museum on a day trip from Amsterdam.

The Kröller-Müller Museum is an excellent representation of Europe’s contemporary art of the 19th and 20th century. Impressionism, symbolism, and cubism are represented by artists such as Renoir, Fanti-Latour, Paul Gauguin, Georges-Pierre Seurat, Cézanne, Mondriaan and Pablo Picasso.

The heart of the museum is reserved for Van Gogh. Paintings and drawings from Van Gogh’s Dutch and French periods hang side by side. The works are arranged according to four of Van Gogh’s central themes: studies of the human figure, peasant life and labour, studies after nature and landscapes.

There is also a rich collection of avant-garde art from the ’60s. On show is contemporary work from the large of Dutch designer and art collector Martin Visser; work by Anselm Kiefer, Richard Long and Elssworth Kelly.

Around the museum, there is a beautiful sculpture garden. The garden is surrounded by trees and flowering plants, ponds and bushes. Romantic paths lead you to the fine collection of modern and contemporary sculptures on the grounds of the museum, once part of the huge private estate of the Kröller-Müller couple. The collection includes works by Auguste Rodin, Henry Moore, Jean Dubuffet, Mark di Suvero, Lucio Fontana, Claes Oldenburg, Fritz Wotruba, Joep van Lieshout and many more.

Kröller-Müller refers to the name of Helene Müller. She was the daughter of a wealthy German industrialist. Helen married the Dutch Anton Kröller. He was an employee of her father’s corporation and eventually took over the company. The couple moved to The Hague, where they became a regular sight in the upper classes of The Hague’s bourgeois society.

The story took an interesting turn when Helene fell under the spell of Bremmer, a mediocre painter who appealed to Dutch women in the highest of social circles, teaching them the love of art.

Helene was particularly fond of the work of the unknown painter named Vincent van Gogh. Helene started to collect his work obsessively, creating a demand for his work. Unfortunately, the painter himself, who had lived his whole life in poverty, had already shot himself in 1890, so he did not benefit from the rise to fame and fortune of his work.

It was Helene’s dream to place her art collection a museum. Finding a location, however, was a problem. Eventually, she donated the whole collection to the state of The Netherlands. The government built a museum that was opened in 1938. Helene died 18 months later, 70 years of age.

The Kröller-Müller Museum is located in National Park De Hoge Veluwe. This is an 1100 km² large woodland in the middle of The Netherlands. De Veluwe is a beautiful nature reserve with woodland, dry heathland, lakes and remarkable sand dunes. If you are lucky you can spot wild boars here, deer, foxes, and badgers. of dry heathland with for walks and bike rides.

A guide to visiting a cheese market in...