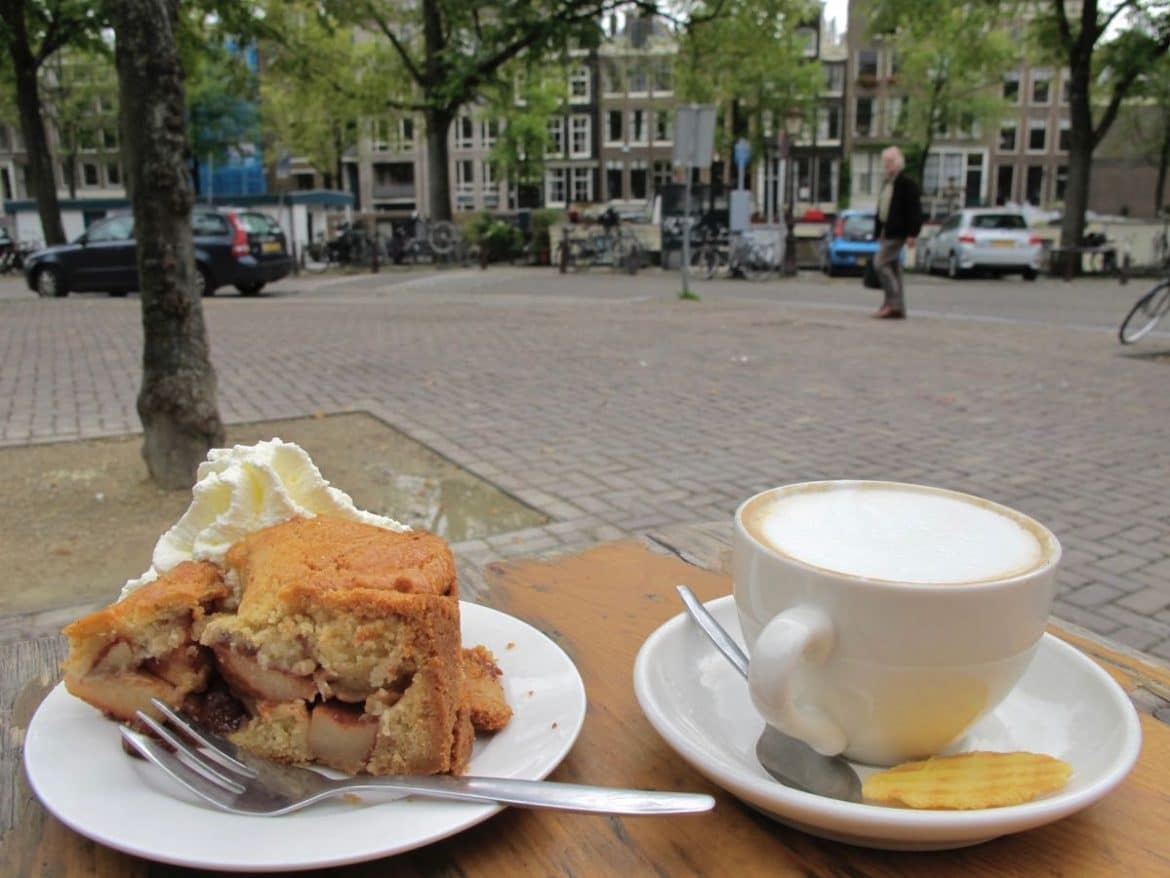 Holland is famous for its tasty Dutch treats. Stroopwaffles, gevulde koek, boterkoek, they are all very sweet and filled with delicious Dutch heavy cream, butter and almonds. Need to pick a Dutch treat to take home? These are 10 of the best. Find them at the shops in the map.

1. Bokkepootjes, from Amsterdam with love

Bokkepootjes are traditional Amsterdam cookies. They are biscuits filled with, almonds and cream. Buy this Dutch treat in the supermarket.

Very thin biscuits, Kletskoppen are the Dutch version of brandy snaps and a traditional Dutch cookie.

Dutch stroopwafels are filled with a sweet syrup. The cookies are best bought when recently made, and so still warm. For example at the Albert Cuyp Market.

Because of tourism, there are now shops that have specialized in Dutch stroopwaffels, adding all kinds of flavours and extras. Van Wonderen is one of them, they sell waffles that but they can also be bought in the supermarket. Tip: when eaten at home, put them in your toaster for a couple of seconds.

Boterkoek is a lovely though very rich butter cake with almonds. Buy this at a bakery. You know what? Don’t buy a boterkoek, as it is big and will feel old quickly. Instead, get the instant stuff from the famous Dutch cookie baking brand Koopmans and bake it at home.

Invented by a Jewish baker in the Dutch city of Enkhuizen and therefore called Jewish Cookies.

Jodenkoeken are traditionally sold in a nice container. That is how this typical Dutch treat can be kept crisp for several weeks. Most supermarkets will have them for sale. Get them with can.

6. Gevulde Koek is the best Dutch treat, ever

A gevulde koek is a delicious traditional Dutch cookie with rich almonds filling. Gevulde koek is a standard cookie in a classic Dutch bakery. Recommended bakeries in Amsterdam are the bakeries from Simon Meijsen. There is one between Museum Square and Vondelpark (Van Baerlestraat).

In a general supermarket, you will find gevulde koek alongside Amsterdammertjes and Kano’s. Basically these cookies have the same ingredients as Gevulde Koek, but they have a different shape. These Dutch treats are for sale as packaged products in local supermarkets.

7. Tompoes, at Bakker Dekker and Hema

Tompoes is the Dutch version of what the French would call mille-feuille or Napoleon.

This Dutch treat is a little difficult to eat though. It’s a puff pastry with a cream filling with a top layer of icing. The icing is usually orange at Kingsday.

Get this Dutch treat an old fashioned bakery or pastry shop. Bakker Dekker does not bake nice bread, but they have the best tompouce in Amsterdam. Hema also sells a smaller variant, which is pretty good.

Poffertjes are smaller and much lighter than pancakes. This delicious Dutch treat must be eaten fresh and warm, served with butter and powdered sugar.

Poffertjes were common to bake and serve at a children’s birthday party but nowadays poffertjes are back. In winter, street stands sell hot poffertjes. And they are also very popular at culinary events in Amsterdam.

There are also so many poffertjes and pancake restaurants in Amsterdam. Find them on the map above.

Pepernoten or kruidnoten are a traditional Dutch treat at the festive time of Santa in Holland: This children’s feast is celebrated each year on December 5. Pepernoten are then generously thrown over and put in the little hands of extremely happy children.

But pepernoten are in the shops from September, much to the sorrow of the Dutchies, who prefer to keep things traditional.

You can also bake them yourself. Apart from butter, flour, milk, and sugar, there is a mixture of spices that go into pepernoten. These spices are also used for ‘speculaas’, another Dutch cookie.

The ‘speculaas’ spices are: cinnamon, nutmeg, cloves, pepper, aniseed and ginger. Again, buy the Koopmans version and bake it yourself. You will find you’ll eat half of the dough before it even hits the oven.

A list of traditional Dutch cookies would not be complete without the typical Dutch apple pie. At the places around Noordermarkt you can find the best appeltaart or appelgebak. Most famous is Winkel 43, at Noordermarkt. For the best of Dutch treats, try apple pie with whipped cream accompanied by coffee or as a dessert.

Don’t forget to bring some traditional Dutch treats home with you as a delicious souvenir.

Does anyone know where I can find a recipe for Amsterdammetjies please ?