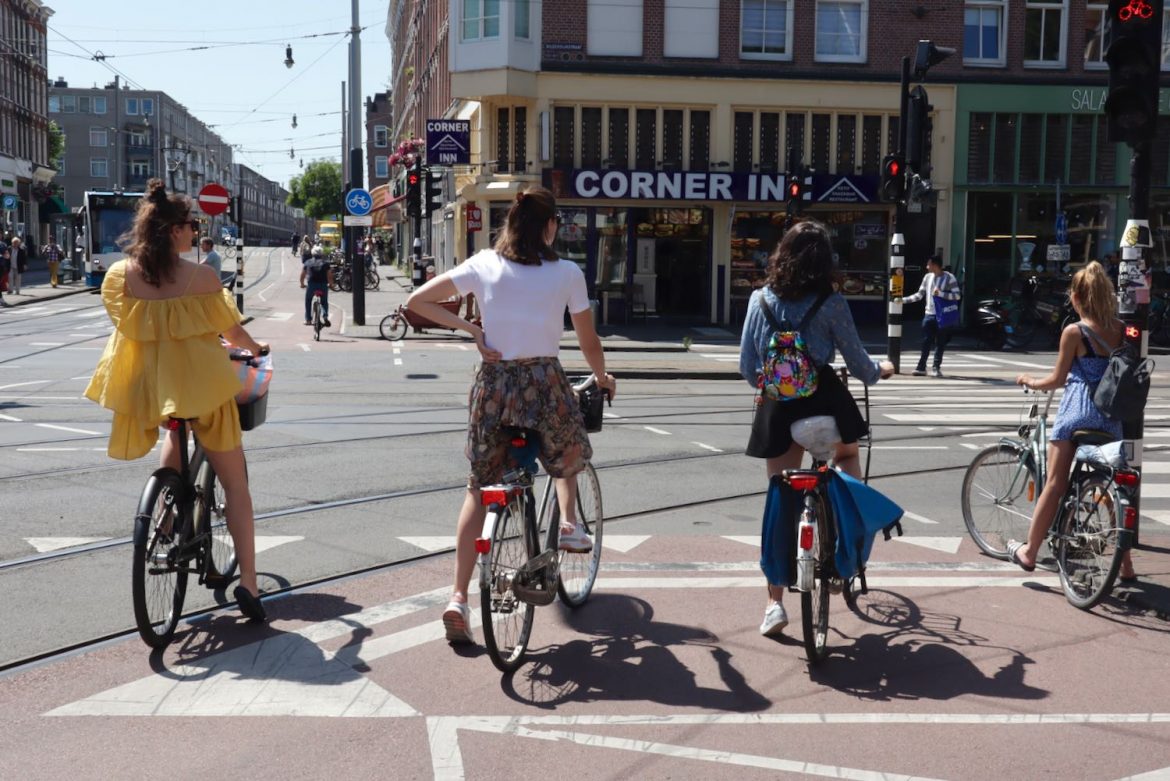 Dutch women find Dutch guys dull, so as a foreigner you might stand a good chance to start dating one of these tall, independent women. But be aware that relations between men and women in The Netherlands are just as flat and equal as the landscape is. Read about what Dutch girls are like and what they look for in a man.

Dutch girls are very happy if you ask them. Whether they are alone or in a relationship, Dutch women rate their own happiness in life with a 7,5. According to a book, Dutch women don’t get depressed.

2. Dutch girls think they are fat

Happy they are in general, not so satisfied they are with their body. Though only 45% of the Dutch women are (mildly) obese, 70% think they are too fat. 23% is so insecure, they’ll only have sex with the lights off. 43% is unsure about their good looks. In other countries, this is 64%.

According to dating site Victoria Milan, Dutch girls like sex, but are not as sex-driven as the Scandinavian. The website published a Top Twenty Countries with Highest Sex Drives in Women, based on admissions from women who self-assessed their sex drive states. Swedish, Norwegian and Italian girls have a sex drive that is so high they could be considered to be nymphomaniacs.

Dutch girls reach place 17. “Dutch women are beautiful but serious, believing everything should be enjoyed in moderation – even wild sex”, so says the website.

Are you handy but poor? No problem if you are dating a Dutch girl. Most Dutch women would rather have a man who is handy and fixes things around the house, than someone who has a lot of money. 88% of Dutch ladies think this is very important. Only 48% consider it a big deal if her man can’t cook.

5. The most beautiful women are from Amsterdam

Ask a man who has visited several countries where he would to return to and you can be sure he picks the places where he saw the most beautiful women.

A web survey made a list of the cities with the most beautiful women.

On number 10 we find Amsterdam, Holland. “Indeed, the dream of many men: seeing tall blond beautiful women riding bicycles and behaving friendly. No need for the Red Quarter.”

6. Dutch women cheat, but with morals

Dutch women cheat, but with morals. It’s ‘not done’ to cheat with the partner of a friend nor to sleep with your partner’s best friend or brother. A colleague at work, parent of your kids’ friends or the neighbor seems to be less problematic.

A huge percentage (73%) of the women in The Netherlands work parttime. Only 23% of men in Holland work parttime. This percentage is 19% in the USA, 22% in France, 38% in Germany and 37% in Ireland (2009, OECD statistics). It means that in the Netherlands, most women are dependent of their men financially, but they don’t really care.

Hello! I’m writing from Turkey. I think Dutch women are quite elegant. They never cheat your boyfriends. Dutch women do not have very much in Turkey. But the Dutch women who are here Love you so much..

I visited your country last year, I was in shock!!! I have never ever seen in my entire life very beautiful womens. I was only in Amsterdam, I wish I could have visited other places like Utrecht, Nijmegen, Haarlem. Even my wife recognized that dutch womens are pretty!
I have to go back and meet at least one!!!

There is a lot of truth in most of these comments. Having lived in several places around the world, I now live in Amsterdam and as a city I like it. Or more honestly, I grew to like it. For sure I arrived with low expectations of Dutch women: I knew that many of them can be beautiful, but also expected little sweetness and femininity from them. Alas, while a lot of women here do live up to some of the unfavourable stereotypes mentioned by others, I have probably seen even more who take some care of themselves, dress in a flattering way (if helps that many of them have good bodies), have nice manners and are quite approachable. With certain Dutch women, when the stars align, they can be delightful and irresistible, in an earthy way. Even their language can sound nearly almost close to being melodic. And fortunately, that seems to happen more often than in say the UK or Germany, which are the Netherlands’ closest cousins. When it does, you can be at risk of falling off your bike or cycling into a tram.
BUT, and there is always a but: in matters concerning money, space or time, you can be sure that Dutchies — for better or for worse — will make every €, m2 or second count. So if you find such efficiency and resourcefulness a bit of a turn-off, then this place might not be for you.