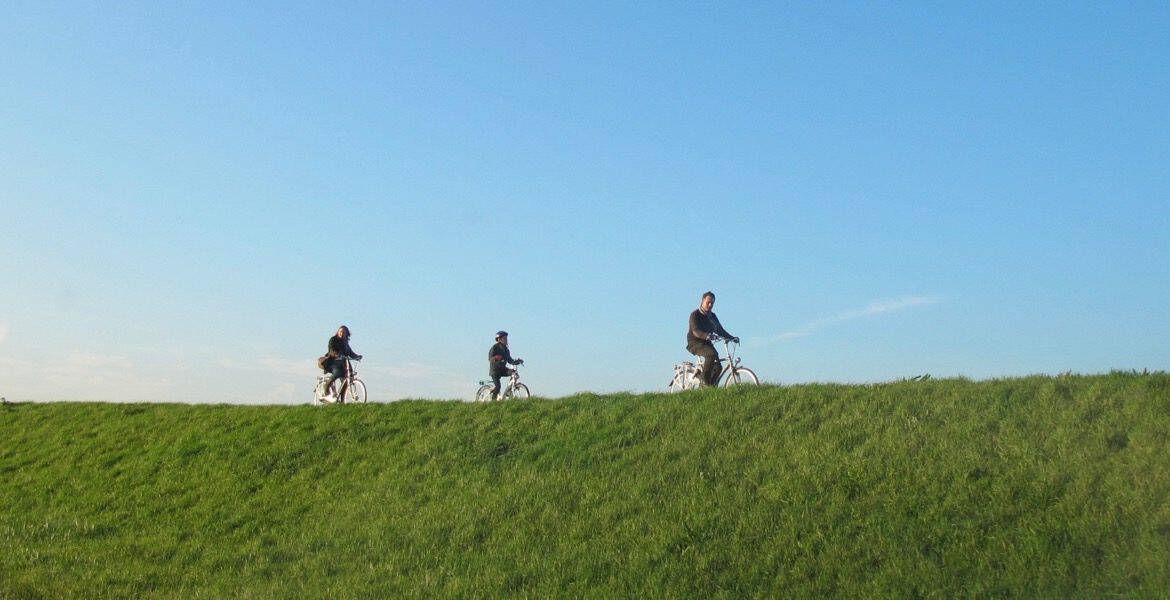 In the Dutch language, there are many words that were ‘borrowed’: originally they came from other languages: French, Hebrew, and English. But the Dutch also influenced other languages by ‘lending’ words. Here’s a list:

The  Amsterdam stock market was founded in 1606, when the Dutch VOC sold stocks of the company. It was one of the first stock markets in the world. As a result, the Dutch word for stock markets, ‘beurs’, was used in many different languages: bolsa in Spanish, Bourse in French and Boerse in German.

The Dutch invented the jenever-berry distilled gin first and named it Jenever, pronounced ‘gin-aver’. When the English encountered the Dutch troops during the Spanish-Dutch 80-year war, they tasted it for the first time. When they started to distill it themselves back home, they called it after the Dutch word: gin. And as long as we are on the subject: brandy comes from the Dutch ‘brandewijn‘.

The word polder has spread all over the world, but the most famous polders are from the west of The Netherlands, Holland, where the word also comes from. A polder is a piece of land that is enclosed by dikes, separated from other water like rivers or the sea. The ground level in a polder will always drop and when there is too much water, lakes will appear. The Dutch are continuously fighting the water with an elaborate system of pumps that pump the water out.

Football (‘voetbal’) and ice skating (‘schaatsen’) are the 2 Dutch words for the most popular Dutch sports. These sports have been rooted in Dutch society: all ages, classes, and regions of The Netherlands skate. Though in Scandinavia, England, Germany and Belgium ice skating is also popular, the word schaatsen: skating came from the Dutch language. It’s not the only winter word that originates from the Dutch. Sleigh probably comes from the Dutch slee.

The word for ‘cookie’ is the same Dutch word in English, though it’s spelled koekie or koekje. Other words that are pronounced the same and have the same meaning: ‘coleslaw’ is spelled in Dutch koolsla, ‘dyke’ is spelled dijk in Dutch, ‘iceberg’ we spell ijsberg, pump comes from pomp and Santa Claus was originally a Dutch story, we call the old man Sinterklaas, very similar. Stoop is stoep, ‘waffle’ is wafel (like in the Dutch delicacy Stroopwafel) and ‘wagon’ is said to come from wagen.

It was due to shipping that The Netherlands became the biggest power in the world in the 17th century. The Dutch ships dominated the transport of bulk goods.

Most of the goods were grain from the East-sea region. The Amsterdam people were also big in fishing (whaling and herring) and made the best sea maps.

The Dutch developed the best ships that were popular because it took only twelve men to sail a Dutch ship. The Dutch VOC set up trade posts all over Asia, becoming a fierce power in the spices trade. Not strange that the Dutch word schipper was taken over in the English language.

The Dutch did not only influence the English and Spanish. Because the Dutch were so powerful in East-Asia, the local language took over some of the Dutch vocabulary.

In Japan they still use the Dutch word for beer, bier: iiru in Japanese, koohi for koffie (coffee), kokky for kok (cook), mesu for mes (knife) and masuto for mast.

New York was first called New Amsterdam by its first European settlers: the Dutch. The Dutch established a settlement on the South end of the island of Manhattan. The English took over New York in 1667 from the Dutch and changed its name to New York.

From those first years, many Dutch places are still recognizable: Flushing comes from the Dutch sea city of Vlissingen (now a sea side resort in the southern islands of The Netherlands).

The Dutch seamen of the 17th and 18th centuries did not leave such a big impression all around the world for being the nice guy. The Dutch were the dominant power and they behaved themselves as such.

The behavior of the Dutch powers in colonial times is reflected by the word that is on the number 1 position of ‘borrowed Dutch words’: boss. The Dutch ‘masters’ left behind the word ‘baas’, meaning ‘boss’, in 57 different languages, many of them in the languages of the places where the Dutch ruled, for example in the local languages of the former colonies of Indonesia, Java, and Surinam.

Travel to Amsterdam as a Student

How is this related to Dutch???