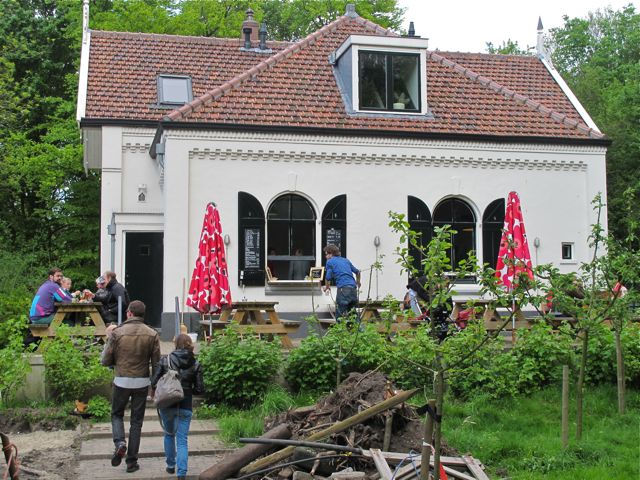 Enjoy a walk around Flevopark, located on the eastern boundaries of Amsterdam, a green area along a large lake, connected to the IJ. Sit down and relax at the quiet terrace of distillery ‘t Nieuwe Diep, a former pumping station and try one of their self brewed gin (Jenever), liquor or vodka.

Construction of Flevopark started in 1928. In those days, the area of the Flevopark was part of a large ‘polder’, a marshland diked as of 1631. The area between de Jewish cemetery and the waters of ‘t Nieuwe Diep (”The New Deep’) was chosen to become a recreational park. And to build a park it meant dredging the nearby water and placing new land on top of the swamp, then letting it dry.

In Holland (the western part of The Netherlands) there are many ‘polders’. To keep the water from draining the polder, pumping stations are needed to pump out the water. At first, this was done with paddle wheels, later the famous Dutch windmills.

In Flevopark the mill was replaced with a steam-engined pumping station in 1880. In 1984 a new, fully automatic pumping station was built and the building was left to waste. Some years ago, the idea originated to install a distillery in the building. 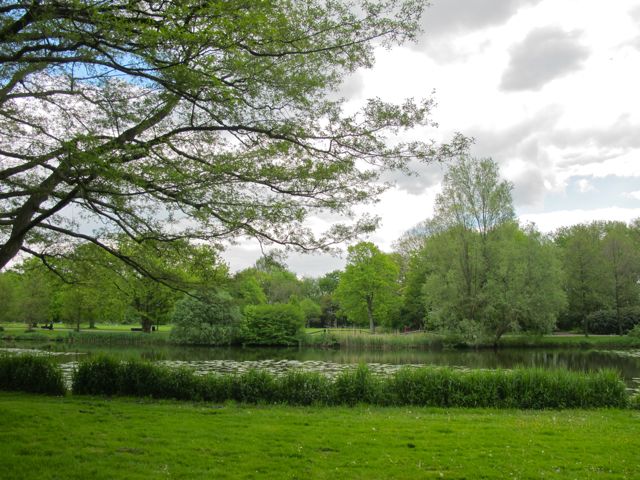 The distillery is a lovely building with a rural feeling to it. Wooden benches and a lovely view on the old ‘maalkom’ (turned into romantic pond). Inside there is a tasting room and in the back you can take a look at the copper kettles. Distillery ‘t Nieuwe Diep sells its own gins, herbal bitters, liqueurs and fruit distillates. Old copper kettles, leftovers from famous Dutch Jenever distillery Bols are used to process wheat and fruits.

Biological gin
The distillers use as much as possible biological and fair trade ingredients and fruits from their own orchard. So sipping up a tasty genever in this beautiful green park means you’re getting drunk in a environmentally and politically correct way. Read more about Dutch gin.

‘T Nieuwe Diep is open everyday except Mondays and is open until 8 pm. Every Friday at 4 p.m. there is a tour in the distillery.

Flevopark is a lovely park to stroll around. Though most of the old trees were cut during World War II, as people needed the wood to warm their houses, there is a variety of plant and animal species that you will not see in other urban park. That’s because the park is located on the edge of the city, next to the water of The New Deep. Many bird species migrate via this area. 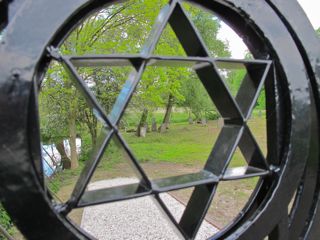 Jewish cemetery from 1714 at Flevopark

Flevopark is also the location of the largest Jewish cemetery in Western-Europe. It has the size of 6 football fields. An estimated 20.000 people were buried here since 1714.

The reason for the large number of buried people is that this cemetery was used as a cemetery for poor people. The rich Portuguese Jews buried their dead at other cemeteries, such as Ouderkerk aan de Amstel, with its beautifully adorned graves.

At Flevopark, mostly poor Ashkenazi Jews were buried. A lot of children as well. Many of these children do not even have a gravestone. You cannot enter the cemetery, only look in from a distance. The graves are overgrown and have partly sunk into the soil.

Compelling reasons to take the bus and skip...