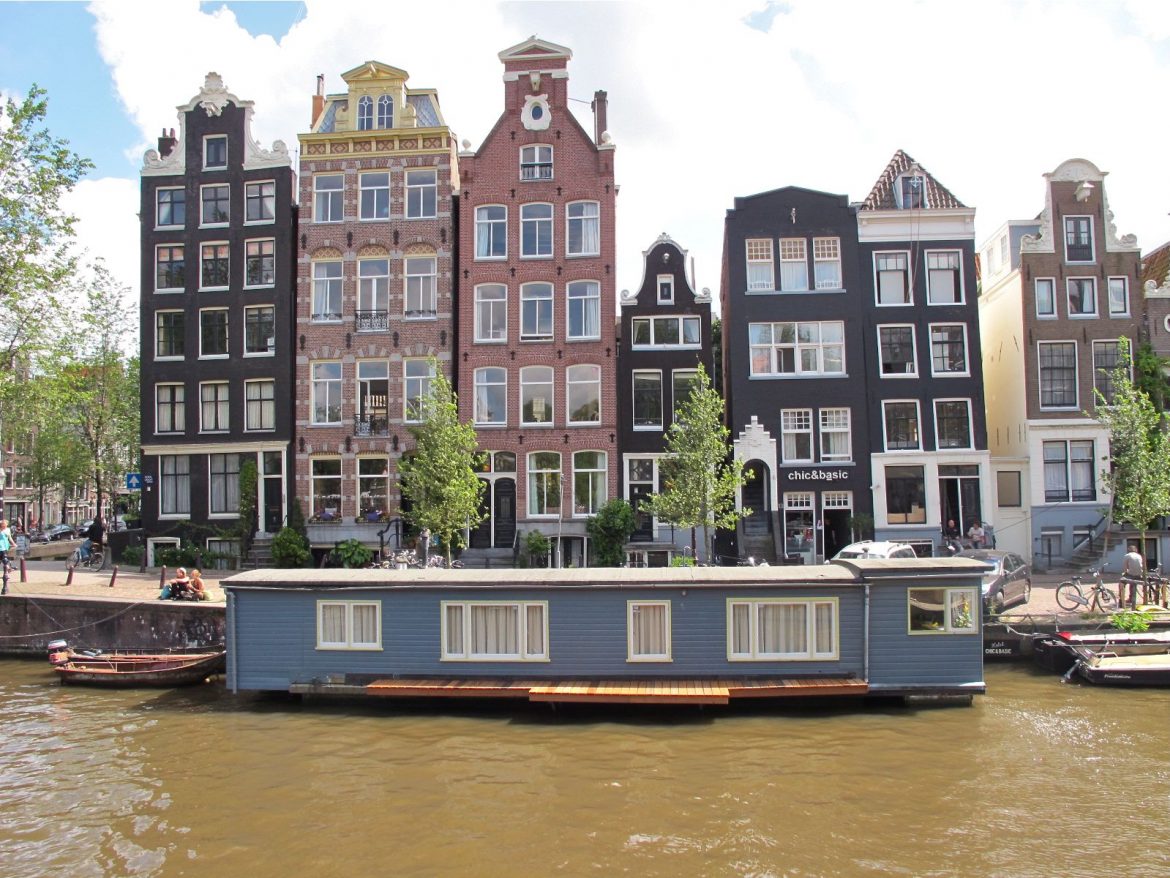 Charming as it may be to live on or rent a houseboat in the Amsterdam canal, it is certainly not cheap. In the old days living on a houseboat meant you were poor. Nowadays Amsterdam houseboats are extremely popular and only for the happy few with money.

How to stay in a houseboat in Amsterdam

Houseboats in Amsterdam are generally not motorized but moored to a fixed spot in the city. There are two kinds: a house built on a floating pontoon made of concrete. We call this a modern ark.

The second kind is the old metal cargo ships that have been transformed into a houseboat. Some are still capable of sailing. We call them ‘living ship’ (woonschip). Would you like to have an authentic experience in Amsterdam? Why not stay in houseboat in Amsterdam when visiting the city!?

Some of these old houseboats in Amsterdam are over a hundred years old. The cargo ships were used to transport goods. The owner and his family lived in the small quarters below deck. After retirement, the shipowner would moor the ship and continue living on it.

Living on a ship was no luxury though. The ceilings are low, the air moist, the living quarters small. Electricity would have to come from the ship itself by burning wood, oil or gas.

After the second world war, these old transport vessels became the answer to the housing shortage in Amsterdam. Living on a boat might have been uncomfortable, it was still cheap. Because of shortage in housing, in the sixties and seventies, more and more people in Amsterdam started to live in a moored ship.

To live on a moored ship in Amsterdam, you need a special license called a ‘ligplaats.’ The number of these permits in Amsterdam is limited and there is a high demand for them.

Nowadays only people with large incomes can live on a houseboat because of the high demand for ‘ligplaatsen‘. Whoever owns a ‘ligplaats’, can build their own castle on the water. In Amsterdam, we call the owners of these sea palaces ‘wateryuppies’.

Want to see a classic Amsterdam houseboat? You can visit the Houseboat Museum on Prinsengracht. Many rental companies rent houseboats in Amsterdam to tourists for an original short or long stay.