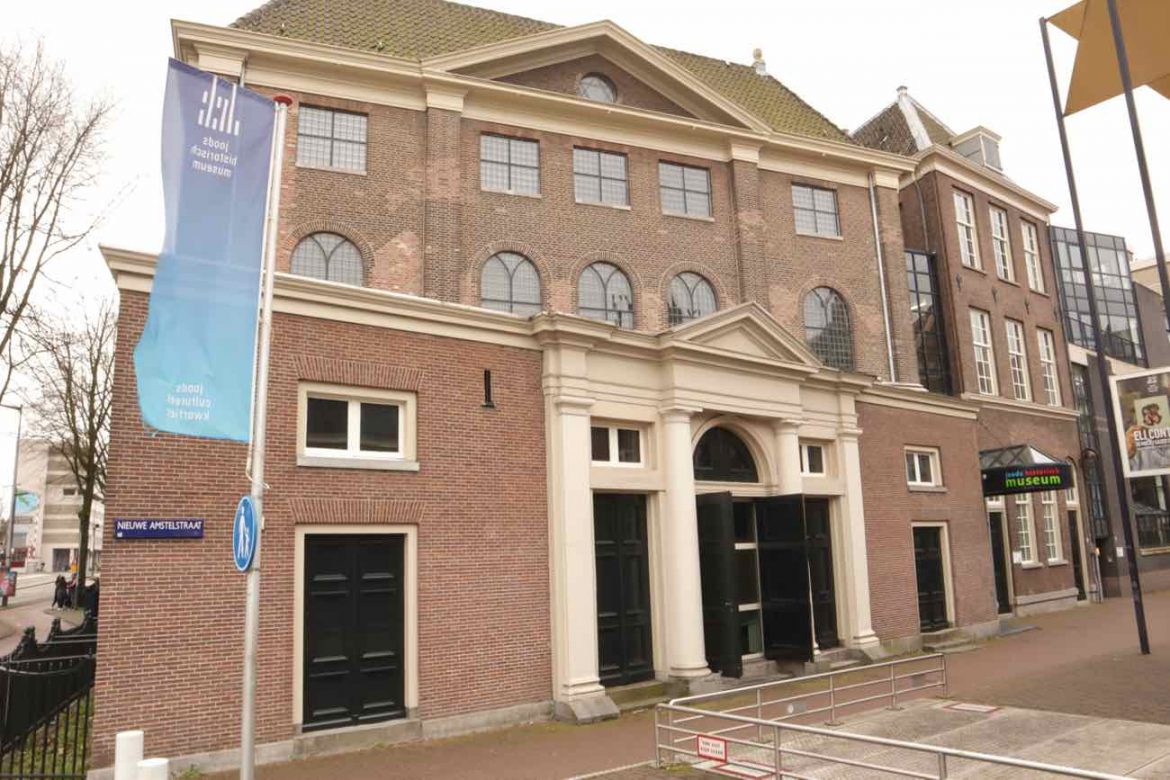 Visit the Jewish Quarter museums with one Ticket

Learn about the history of the Jewish people in The Netherlands. The Jewish Historical Museum, the Portuguese Synagogue and the National Holocaust Museum (closed until 2022) in Amsterdam can all be visited with one ticket.

The Jewish Historical Museum is housed in two former synagogues in the Amsterdam Jewish Cultural Quarter. The exhibition displays art made by Jewish artists, Jewish religious art, ceremonial objects, and war documents. The museum has many interactive screens where you can watch film footage, documents and photos.

Inside the Jewish Historical Museum there is a section especially made or children: the JHM Children’s Museum. Kids can play in a typical 3-story large Jewish house and playfully learn about Jewish life and traditions. Children under the age of 6 are free of charge.

Private Tour in the Jewish Quarter

Learn more about the Jewish history of Amsterdam on this private tour with What’s up with Amsterdam. On this 1,5 walk in the Amsterdam Jewish Quarter, we will stop at the Portuguese Synagogue, the Jewish Historical Museum and the Hollandsche Schouwburg and many more important historical locations. I would be happy to guide you!

2. The Portuguese Synagogue in Amsterdam

The Amsterdam Portuguese Synagogue was built in 1675. At the time it was the biggest synagogue in the world. It is a sober structure, almost protestant looking, as was the fashion at the time.

The floors are covered with fine sand to keep moist from penetrating and destroying the (original!) wooden floorboards. This is an old technique commonly used in the 17th century in The Netherlands. There is no electricity and no heating in the Portuguese Synagogue in Amsterdam. A thousand candles light up the ‘Esnoga’. Just like it’s always been.

Jewish Library inside the Synagogue

Inside the Portuguese Synagogue, a rich library is housed. The Ets Haim collection was founded in 1616. This makes it the oldest functioning Jewish library in the world. The library can be visited by appointment only.

PLEASE NOTE: The National Holocaust Museum is closed until 2022.

In 2022, the National Holocaust Museum opens in the Amsterdam Jewish Quarter. The museum is housed in two buildings: the Hollandsche Schouwburg and a former school across the street.

The Hollandsche Schouwburg was a theatre in the Jewish Quarter in Amsterdam. It dates back to 1882. The Nazi-Germans used the building as a deportation center for Jews.

The building across the Hollandsche Schouwburg was used as a teachers’ training college in World War II. The Dutch resistance used the building to smuggle 600 children out of captivity and get them to hiding places.

The History of the Amsterdam Jews

In 1700 there were 10.000 Jews living in Amsterdam. This was the biggest Jewish community of West-Europe. Many Jews fled the Spanish inquisition in Spain and Portugal and brought interesting trade contracts with them. The arrival of the Sephardic Jews instigated the famous Dutch ‘Golden Century’. This was a period of great wealth and power for Amsterdam.

The religious tolerance in 17th century Amsterdam made Amsterdam a popular refuge to the Jews. But the Jews were not allowed to enter any existing guilds. So they entered into new professions such as bank and diamond cutting.

At the beginning of the 20th century, there were 60.000 Jewish people living in Amsterdam’s old Jewish quarter: the slums around Waterlooplein, Jodenbreestraat and Weesperstraat. In the 1920s they moved to new buildings in the East of Amsterdam. They settled in what is now called the Amsterdam Jewish Quarter.

The Holocaust in Amsterdam

In the first years of the war, the Jews were slowly prohibited more and more things: going to the park, taking the bus, going to school and so on. From August 1942 to November 1943, the nazi’s started actively to arrest Jews in Amsterdam. During ‘razzias’ entire Jewish families were taken from their homes.

At the Hollandse Schouwburg, in unhygienic and inhumane conditions, they waited days and even weeks to be deported to Camp Westerbork in East-Netherlands. From Westerbork, most people were transported to concentration camps in Germany and Poland.

Of about 140.000 Jews that were living in The Netherlands before the war, about 101.800 were murdered either by gas, torture, starvation or illness in concentration camps. That is 87% of the Jewish population in The Netherlands, one of the highest percentages of Europe.

In Amsterdam around 28.000 Amsterdam Jews survived the Second World War. The Amsterdam Jewish Quarter was raided and left in ruins. After 1945 a community of 30.000 Jews remained in The Netherlands.