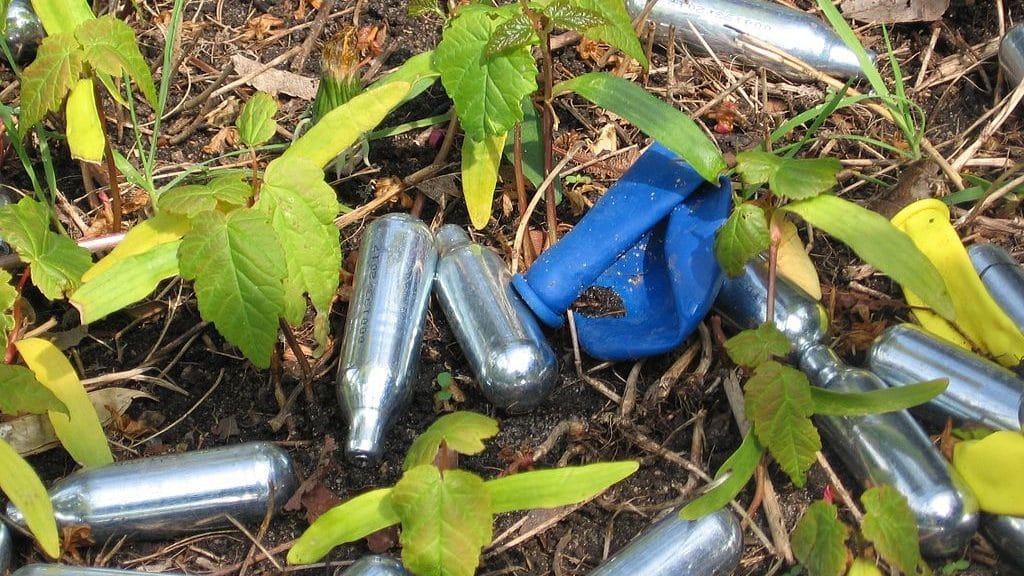 10 September 2019 – Amsterdam bans the street sale of nitrous oxide or laughing gas. Laughing gas may also no longer be sold at festivals.

Laughing gas has become a hugely popular party drug in The Netherlands over the last five years. When inhaled, nitrous gas causes a euphoric and calm feeling that lasts less than a minute. The drug is not illegal and it’s cheap. In the supermarket, the gas is easy to get as it is used in whipped cream canisters to create foam.

The reasons to ban laughing gas in Amsterdam are noise disturbance and littering. Neighbors complain about the noisy filling of the balloons and loud crowds that surround the laughing gas stalls late at night. There are also environmental reasons. The balloons and empty silver canisters are now a common sight in Amsterdam’s parks.

Amsterdam is also worried about the health risks for the often young users. The effects of excessive use of nitrous gas are not yet researched. The Amsterdam council takes precautionary measures to avoid possible damage in young people’s brains and is spreading information about the popular party drug at schools in Amsterdam.

The Dutch Minister of Health is looking at ways to possibly ban laughing gas. The UK banned laughing gas already in 2016. But as the gas is used to make whipped cream, it is still easy to get and a popular party drug.

Tulip bulbs at the Amsterdam Flower...

5 new rules in Amsterdam in...