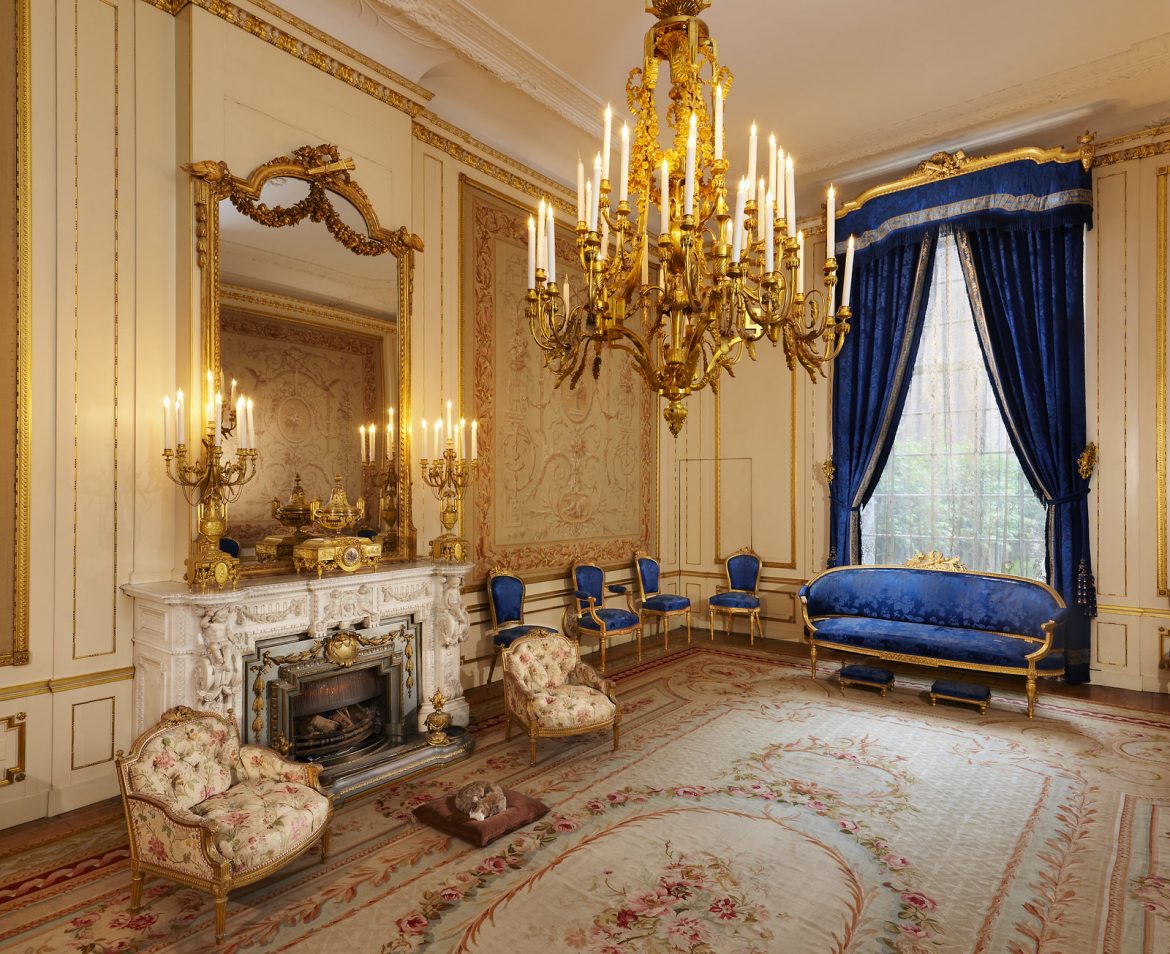 The house of the rich Amsterdam merchant family Willet-Holthuysen was built in 1687, but the canal mansion on Herengracht is more famous for its furnishing and interior. In 1860 the rich salons were refurnished in the French Louis XVI (Louis Seize) style by Louisa Holthuysen when she inherited the house. She married the art collector Abraham Willet. The results are beautiful painted ceilings, tapestry and amazing carpentry. The beautiful mansion on Amsterdam’s prestigious canal Herengracht is now a museum and open for visitors.

The Museum Willet-Holthuysen is also special because of its staircase. The stylish staircase was added in 1740 and redecorated by the couple Willet-Holthuysen. Centerpieces are three marble sculptures, depicting the verdict of Paris, lit up dramatically by the sun rays piercing through the dome above.

Most amazing is the completeness of the interior of this Amsterdam canal house: chairs, cabinets, tables, and decorations. The dining room, for example, is laid for six guests with an ornamental center piece, silverware, and vases.

In the 20th century, the house became a museum and many changes were made. For example there was an 18th-century kitchen built in the basement. In 1973, a large 18th century styled garden was added.