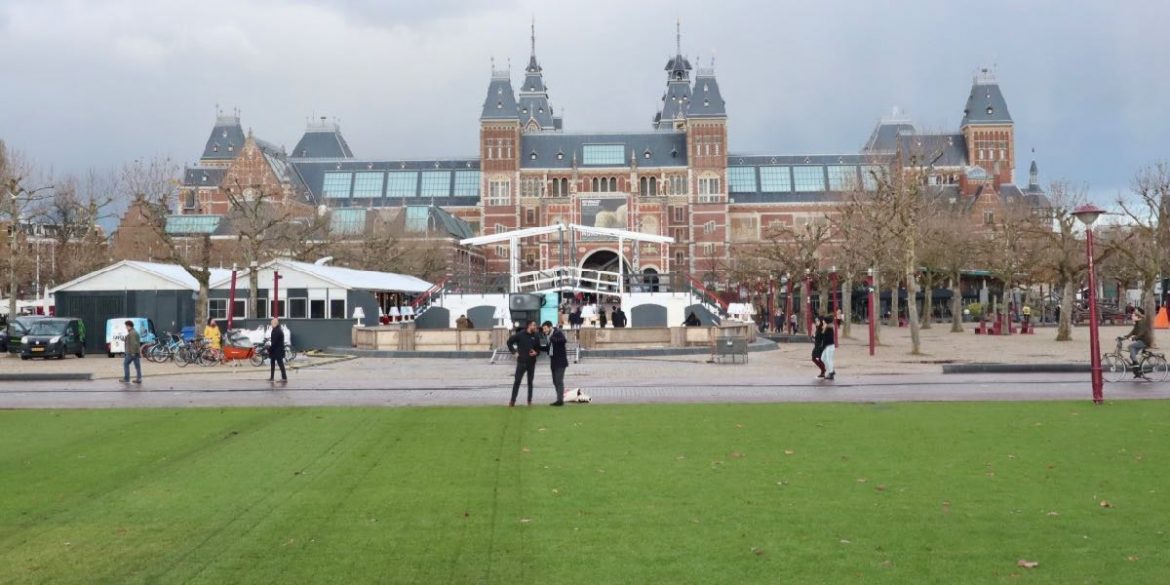 Lots of changes in 2021 in Amsterdam. The biggest news is that the mayor of Amsterdam wants to ban coffeeshops for tourists. The city council, led by the Dutch green party Groen Links is making new rules to cut down the amount of mass tourism and to create more public space. Hopefully, when visitors return, we will find a better balance between tourism and locals living their lives.

Coffeeshop ban in Amsterdam on the horizon

Amsterdam mayor Femke Halsema plans to ban tourists from buying cannabis in Amsterdam coffeeshops. In recent years, the historic city center of Amsterdam is swamped by tourism. To tackle this issue, she is thinking about installing a weed pass system in Amsterdam.

The weed pass system is already in place in cities near the border between the Netherlands and Belgium, like Breda and Maastricht. Since 2012, only Dutch citizens can get a weed pass to buy weed there.

It is unclear if and when the new coffeeshop rules in Amsterdam will apply.

A parking permit will be a little bit more expensive in Amsterdam in 2021. Parking spaces are extremely scarce in the Canal Ring, old centre and Jordaan. A parking permit there will cost € 283,00 in 2021 every 6 months.

Outside the historic centre, a parking license costs € 140,00 per 6 months. Areas further out are cheaper.

Birò’s must pay for parking in Amsterdam

Electric micro cars, better known by the brand name Birò are welcome in Amsterdam. The small and very expensive electric cars popped everywhere in Amsterdam in the last few years. And they could park where they wanted. Microcars like Biro and Carver started taking up a lot of public space and parking spaces- a mortal sin in Amsterdam.

As of July 2020, Birò-owners need a license plate. And they will start paying for parking in Amsterdam. This year electric microcars owners may apply for a parking permit. With the permit, they may park everywhere in the city. The trial and permit are temporary.

Car sharing is another way to make the most of the small amount of public space in Amsterdam. In 2020 Amsterdam gave out 700 permits for (electric) cars that can be shared by multiple people. Also 600 new public charge points (in Dutch: laadpalen) were installed.

Since Corona, more people in Amsterdam have a dog. Parks are flooded with people walking their dog. The Amsterdam council thinks this is a good idea. They are looking for more areas where to dogs may roam and run free, without a lead. There are about 30.000 dogs in Amsterdam.

Charges for waste collection tax also rise in 2021 in Amsterdam. Tenants and home owners pay € 326 per year for single person households and  €435 for multi-person households.

Amsterdam is adding 100 ‘green spaces’ in 2021. A greener city is necessary to combat the negative effects of climate change. The Netherlands experienced higher temperatures in summer and more frequent and excessive rainfall with flooding, as well as excessive drought in recent years.

The city is investing in small parks by planting trees and sowing seeds for flowers popular with bees and butterflies. You can expect more geraniums, and not just on the canal bridges. Citizens are asked to join in by lifting out paving in their back gardens and court yards and replacing them with plants.

As many house seekers have experienced,  it has now become virtually impossible to find housing in Amsterdam. Property prices have been skyrocketing the last few years.

The city council has announced it wants to built more homes to tackle the issue. In 2020 it has started building 5.932 new homes. A large part of these are social rental houses (rent is less than € 737 per month). Critics say that will not be enough.

Many property owners split up the already small Amsterdam houses into even smaller apartment to rent them out individually. This will be illegal, according to a new rule. You may only split up large houses into separated units: the original apartment must be at least 100m2. There are not a lot of those in Amsterdam.

Many people in Amsterdam were making a small fortune in the last 10 years by renting out rooms to tourists. Many even created a bed and breakfast out of their home while they were spending a few nights elsewhere. Like many popular European city trip destinations, Amsterdam started to look like one big tourist attraction.

The Amsterdam council continues their war with Airbnb. From 1 April, 2021, home-owners need to report their B&B to the council and apply for a permit. If you list your home without a registration number on Airbnb or Booking.com, you can be fined € 21.750,-!

6 Things that make Amsterdam a...