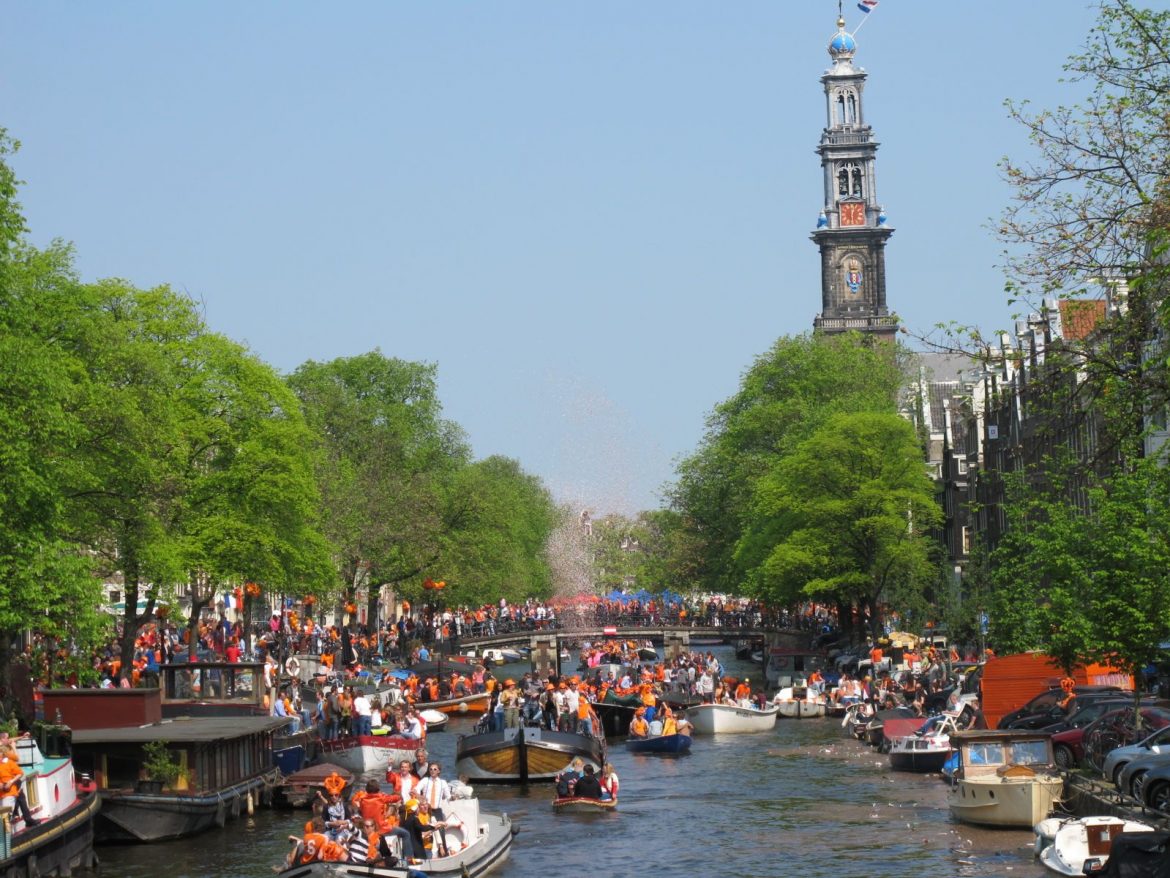 Amsterdam received over 800.000 visitors in 2011, to celebrate Queen’s Day 2011. They came from all over Holland and even abroad to party in orange.

The weather was excellent, the crowd friendly. Some statistics:

A small report, with photos and videos.

On forehand, there was much fuss about The New Rules concerning Queen’s Day.

Most of them were about alcohol, which tends to cause most of the problems (fighting, aggression). Supermarkets were only allowed to sell one beer per person and people could walk around with max. one beer p.p. A ridiculous rule, said everyone, and one that was broken continuously.

Albert Heijn, the main supermarket chain, sold beers to whoever wanted to buy them. And every body was walking around with lots of beers clearly visible.

In recent years, the high amount of people coming and going by train caused many problems at Central Station. People would for example push the emergency break, and then walk around on the rail tracks, causing all trains to stop.

Poffertjes are back. Many people take out that old poffertjes frying pan and start baking the small pancakes on the streets on Queen’s Day. Also, it seems practically all sweet food sold on Queen’s Day has to be orange. Not a very appetising colour, but fun anyway. More food in the pictures.

Toilet facilities are considered one of the biggest worries of (mainly) girls on Queen’s Day. Long queues and no private places in the wild available, very bad hygiene and costly, all make going to the loo a serious issue. More and more people each year open up their private bathrooms to help the neediest, and make some extra cash. Although generally, a pee costs 1 Euro, I saw people asking 2 Euro for using their toilet!

Dress code on Queen’s Day has always been orange of course, but real outbursts of creativity were barely present this year. In other years, orange make-up and weird orange creatures were more popular.