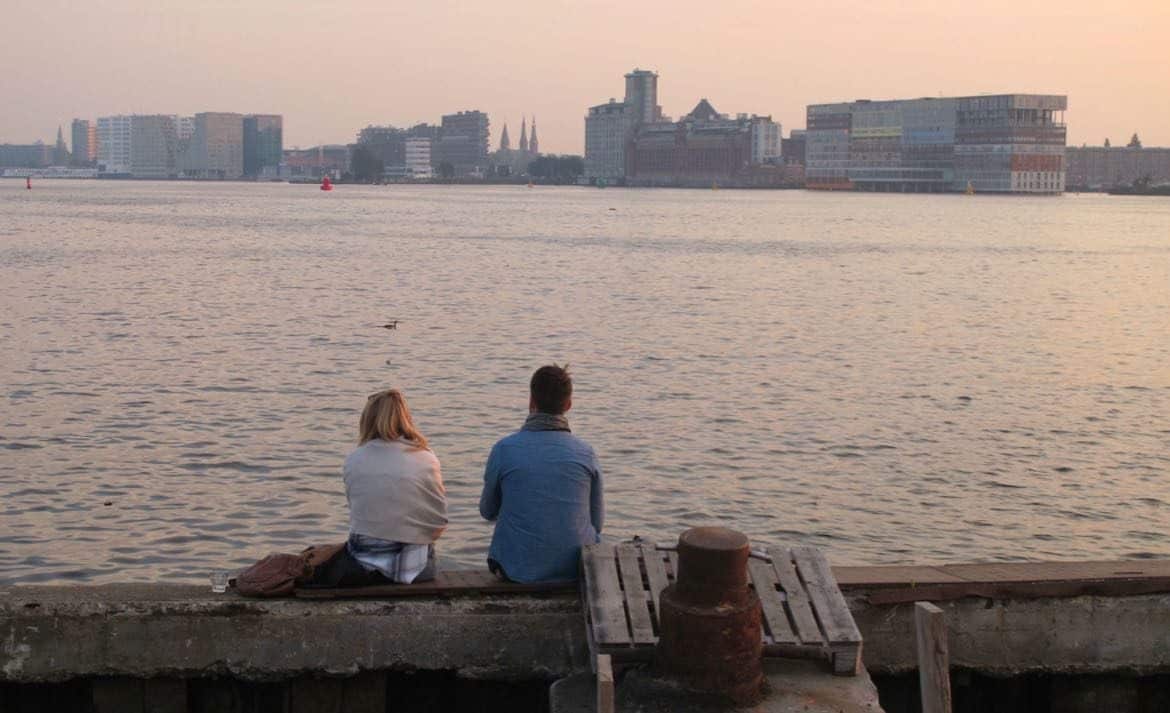 How to spend a romantic weekend in Amsterdam? Amsterdam is full of romantic places. Wander around Amsterdam the canals, take romantic with the bridges reflected in the water in the background. Sleep half the day away in an old bridge house turned into a designer’s hotel suite until the carillon of the Westertower wakes you. Enjoy some boutique shopping and a long brunch in the romantic Amsterdam ‘9 streets’. Spend the evening in style at the famous Amsterdam Concertgebouw.

5 Great ideas for a romantic weekend in Amsterdam

On a romantic weekend in Amsterdam, you will spend a lot of time (most of the time!?) in your hotel, so make sure your hotel room in Amsterdam is original and romantic. Make it a night to remember! SWEETS hotel is totally new. Their hotel rooms are the small old houses that were used to shelter the workmen who opened and closed the bridges over the canals in Amsterdam.

Since 2017, the bridges in Amsterdam are controlled digitally. Luckily, the little bridge houses in Amsterdam will turn into hotel rooms in 2018. Each bridge house has been designed into a tiny 1-bedroom hotel suite! There are 28 of them, all totally different and romantic. So it may take a while to choose one, but then you will have the most romantic hotel room in Amsterdam!

Rooms from €190. Booking is only possible via the website sweetshotel.amsterdam. Check regularly, because the hotel rooms are added one by one in 2018.

2. Romantic shopping and brunch in the ‘9 streets’

Leave the Red Light District and Dam Square aside on your romantic weekend in Amsterdam (you will see it during your bachelor party!) and head off for the Amsterdam canals for some real romance. The 17th-century canal belt starts at Singelgracht. Here, you will cross the three most romantic canals of Amsterdam: Herengracht, Keizersgracht, and Prinsengracht. Leave your luggage at Amsterdam luggage storage, take romantic selfies on the bridges and dive down into the small side streets in between the canals, an area called the ‘9 streets’.

3. A romantic cruise in the Amsterdam canals

What can be more romantic than holdings hands while you sail through the Amsterdam canals? An Amsterdam boat ride in the canals is always a safe choice. To make your romantic weekend in Amsterdam extra special, choose the Candlelight Cruise.

Or how about a dinner cruise? Don’t forget to kiss your lover underneath the Skinny Bridge, to make your love last forever!

READ MORE: Enjoy the best of Amsterdam on a Canal Cruise.

Yup. Just like in Las Vegas, you can get married for a day in Amsterdam! Always wanted to know what it feels like to get married, want to show your partner who special she or he is to you, even after years of marriage? Wed & Walk marries you and you get the entire package: clothing, decoration, a picture, and even a wedding ring. You’ll be free as a bird again when you wake up the next morning!

5. Spend the evening in the Royal Concerts Buildings

How easy is it to meet men and go out on a date there? Are Dutch men relationship oriented? Thank you.

It’s not easy! Men in The Netherlands don’t usually flirt with women much. They are also not relationship oriented (in general), but if you find the right man ofcourse…. ;-)

Why a private boat tour is...