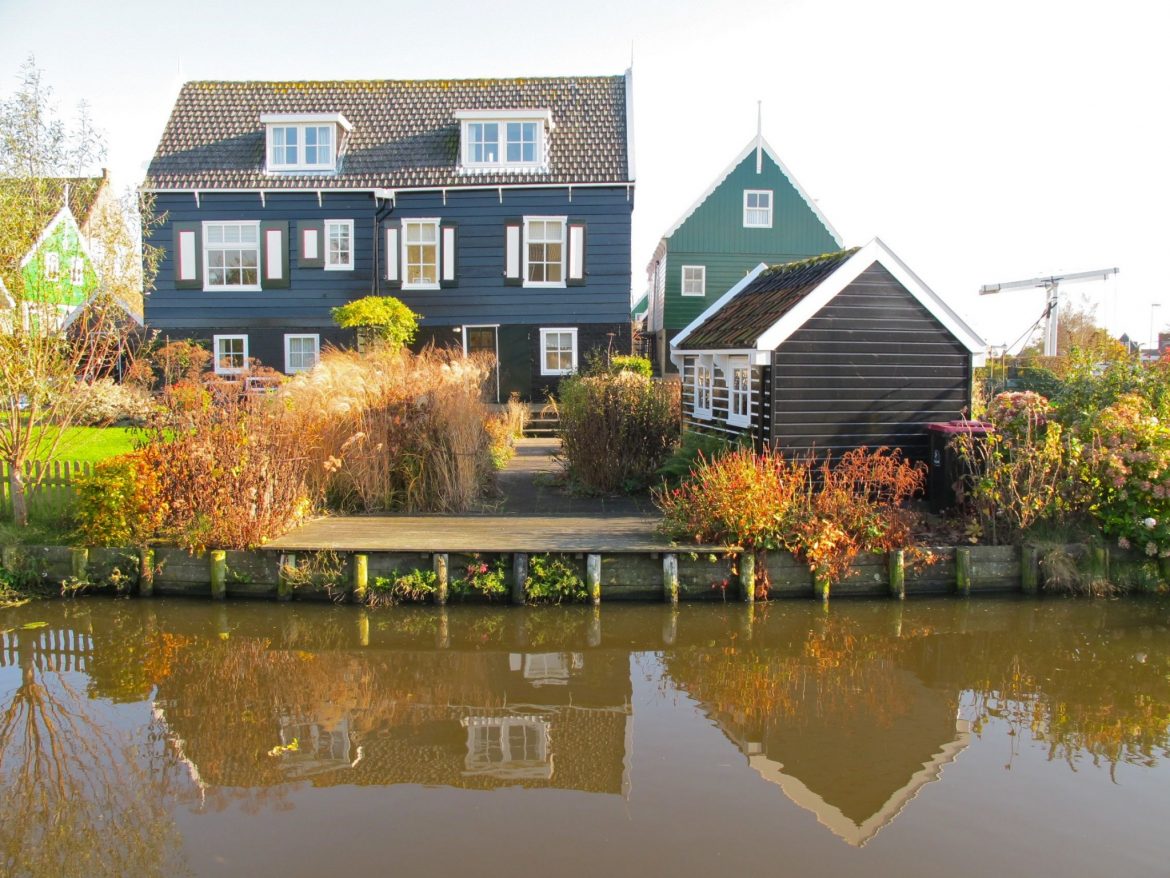 A wonderful idea for a side trip from Amsterdam is to visit the fishermen’s village of Marken. Marken is a small village in the Dutch countryside near Amsterdam. Enjoy the typical Dutch ‘polder’ scenery with black-and-white cows grazing on green pastures, green timbered houses behind low dykes, cheerful windmills and cheese farms. Tours and excursions that include Marken in their itinerary leave from Amsterdam every day.

The village of Marken lies about 40 kilometres from Amsterdam. Spend the day strolling along the dykes of the lake of IJsselmeer, watching the cattle roam the green wetlands. Get some homemade apple pie at one of the cafés in its tiny harbour. Walk around the dykes and streets, lined with green painted wooden houses. Try some delicious smoked eel!

Marken is a small island in the IJsselmeer, a huge inland bay that once was connected to the sea. In the 13th century, a big storm swept over Holland and flooded the land around the village of Marken, turning it into an island. To prevent more flooding, the Marken people built their houses on wooden poles or on elevated pieces of land (terp).

Especially during winter, the island became impossible to reach, with the water freezing over. When the ice was thick enough, people walked to the mainland over the ice on wooden shoes with iron pins.

Nowadays, a long dyke (Afsluitdijk) has closed off the inland bay, making it a sweet water lake that is much used by many water sports like sailing and windsurfing. Marken is now connected to the mainland by a causeway, but the small fishermen’s village still feels like an isolated island.

The inhabitants of Marken still speak their own dialect and many older people wear traditional clothing. The details on the costumes speak a language on their own. You can tell whether someone is in mourning, what day it is, what season and sometimes even the age of the person. You can learn more about the Marker people and their traditional costumes at the local Marker Museum.

We are a group of 4 people. How can we take a bicycle tour through Voldenham, Marken, and Zaanse Schans?

My wife and I have been to Volendam twice and Marken once, both are beautiful and interesting villages