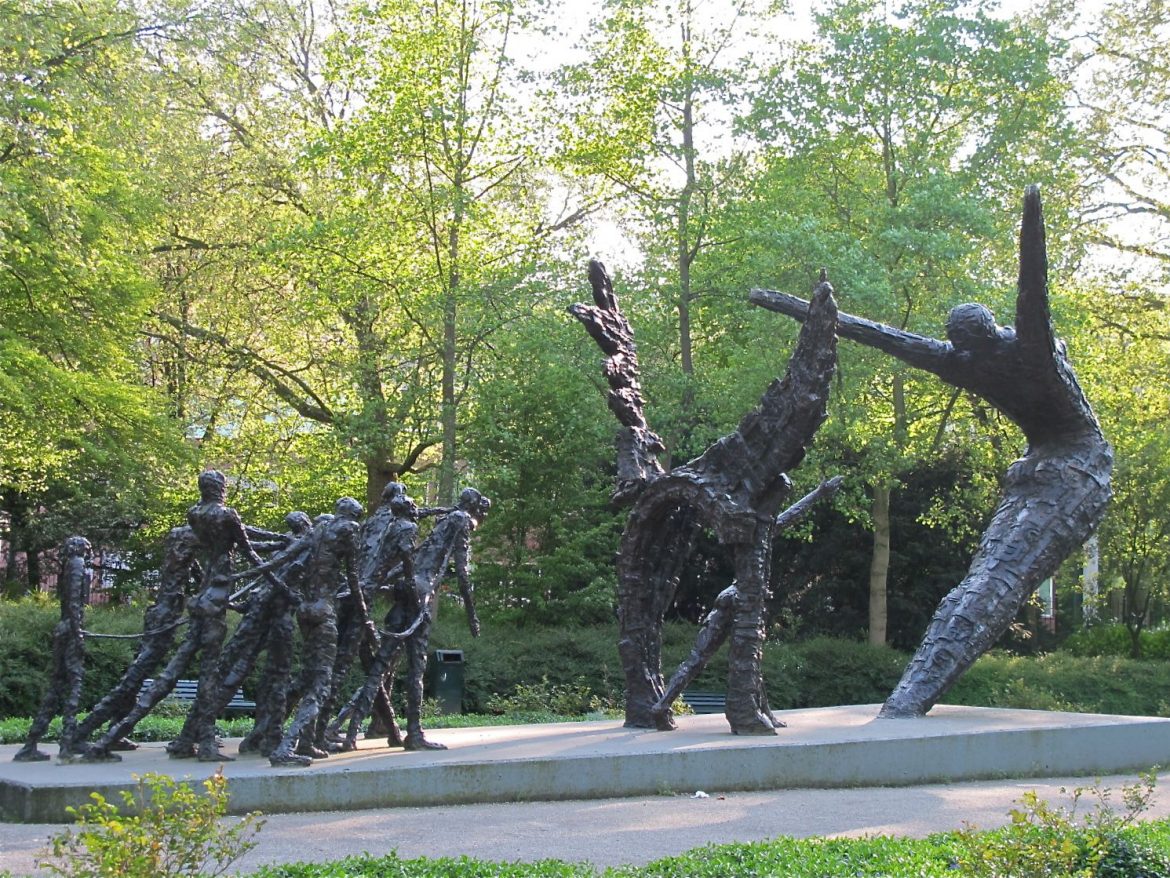 This week a friend from India asked me about the history of African slaves in Amsterdam. His question took me by surprise. Apart from the monument against slavery at Oosterpark, there are almost no specific places in Amsterdam that remind us of the mass amount of African slaves taken to the Americas to work on Dutch plantations.

History of slavery in Amsterdam

Why does slavery seem to be forgotten in the Netherlands? Of course, feelings of shame among the Dutch about this horrible aspect in the national history play a role, even more so because this ‘aspect’ brought Amsterdam much of the wealth still visible in those beautiful 17th and 18th th century canal houses. Like in any other country, national history focuses on its heroes and victories and prefers to leave out the dark sides.

Dutch slave trade was, however, completely organised from Amsterdam and the city in the province of Zeeland: Middelburg. The company responsible for the slave trade was the Dutch West India Company (Nederlandse Westindische Compagnie or WIC). Based in Amsterdam from 1621 until 1730 and financed by Amsterdam bankers, the WIC transported around 600.000 Africans on special slave ships to Suriname, the Dutch Antilles and Aruba.

The slaves were to work on plantations that cultivated sugar and coffee that was shipped back to Amsterdam, where it was refined in sugar factories and coffee plants, mostly in the Amsterdam Jordaan Quarter.

Slave trading was done on the West Coast or Gold Coast of Africa, now Ghana. There, the WIC built trading posts, castles and fortresses, defending themselves against other competing European powers (Portugese, British, French, German).

Although the Dutch took slave trade and slavery to a completely new -mass-scale- level, the use and trading of slaves was already common among the African tribes before the Europeans entered the scene. Men and women who were captured during tribal wars generally became slaves. Arab traders, local chiefs and African merchants supplied a steady influx of these captured African slaves to the Europeans.

Most of the remnants of the West African slave trade are very visible in Ghana (check Slave Route Project by the UNESCO) but not so much in Amsterdam. The Amsterdam NINsee organisation (National Institute of Dutch slavery history and heritage) wants to change that.

On a map of Amsterdam, remembrance places are listed, such as the Royal Palace on the Dam, where the plantation owners united in the Society of Surinam, held their meetings and the West-India House, headquarters of the WIC.

Also the names and backgrounds of some of the cruelest slaveholders and slave merchants and are made public, as well as the stories of certain slaves who came to Amsterdam with their owners to work in the Amsterdam household.

Anti-slavery sentiments finally caused the official abolishment of slavery in the Netherlands in 1863. Many of the ancestors of slaves living in the Dutch colonies of Surinam and Dutch Antilles came to the Netherlands, shaping the multicultural face of Amsterdam as it is today. Through sports, music, politics, science, and entertainment they have become an integral part of the Netherlands. But their history must not be forgotten.

Ghanians say the Dutch were the most brutal slavers on the coast, worse than the British and Portuguese. A lot of the wealth in Europe that came from 1700-1900 came stemmed from the murder and premature deaths of Africans. Dutch also ruled part of Brazil for a while too. Difference between African slavery and European was that in the former, slaves could marry into families, become head of households and even kings and queens. Unfortunately, just like war, the european mindset will warehouse the process and push it to the nth degree, you called this ‘mass-scale’. There needs to be more than a monument to detail the complicit nature of this genocide.

Thank you for putting this article together. in my travels to Amsterdam it made it difficult to enjoy the canals because I knew about the financing of how it happened. When I’ve made my peace with Amsterdam I hope to go back soon.

Nice article on slaves. I was working on one myself because of the latest series on television over the last month or so. Keep up the good work. I like your content.
http://wheninamsterdam-omyamsterdamtours.blogspot.com

Thanks for your comment! Yes I watched this series as well, it was very good. Can you link back to my site as well? ;-)