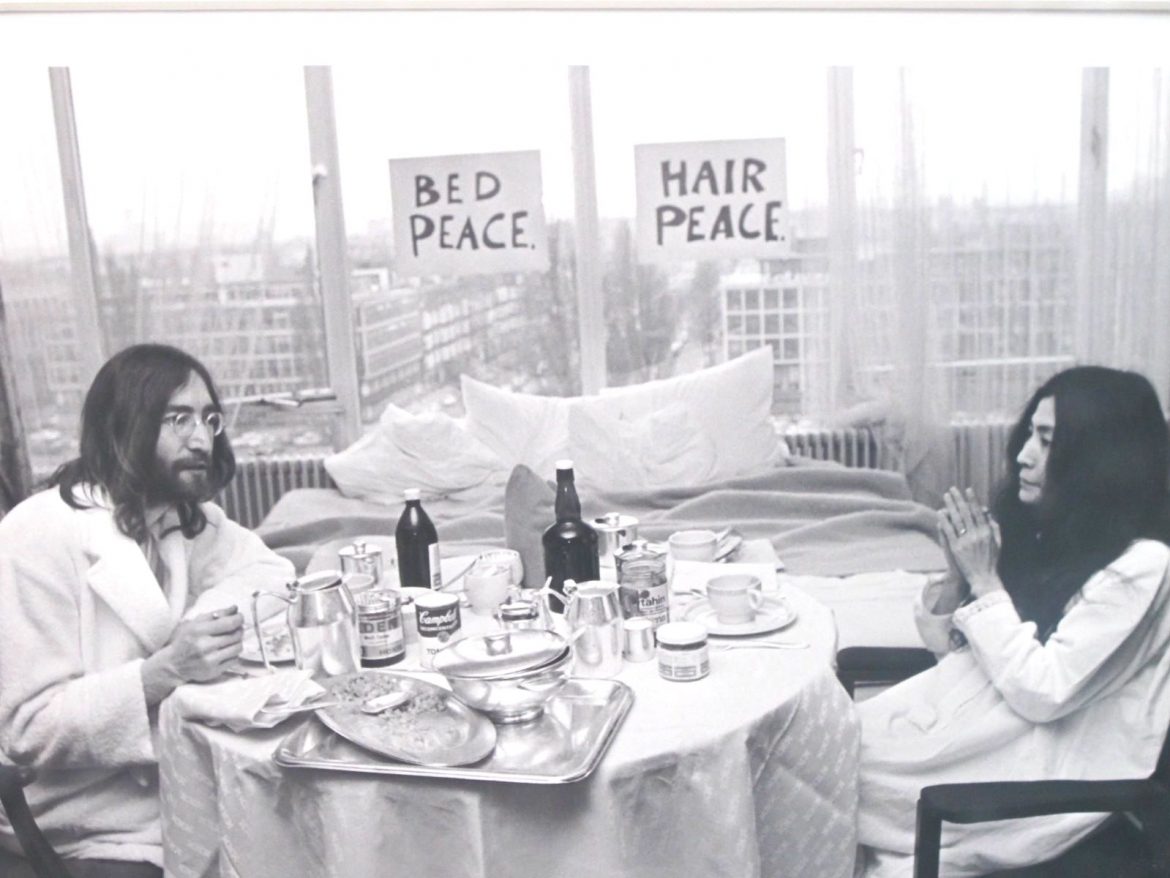 Amsterdam has inspired some of the greatest musicians, writers and artists, so good songs are plentiful about this charming town of canals and coffee shops.

Here are 10 songs about Amsterdam

1. Amsterdam by Peter Bjorn and John

Swedish indie band Peter Bjorn and John wrote the song Amsterdam in 2006. Quite catchy, and so the song goes:

And I was heading up north to a place I know
Eating well, sleeping well
But I was way, way out of line
Amsterdam was stuck in my mind

2. Pass the Dutchie by Musical Youth

London based band Musical Youth covered the song Pass the Koutchie, kouchie being slang for canabis pipe, by the Mighty Diamonds. Pass the Dutchie became a huge hit in 1982.

Funnily enough, the Musical Youth boys took out all obvious references to cannabis. In Jamaica, a Dutchie is an aluminium cooking pot.

Still, the word ‘Dutchie‘ made its official entrance into English vocabulary, meaning a blunt stuffed with marijuana and rolled in a wrapper from a Dutch Master cigar (or so it says on Wikipedia…) Too bad the video was shot in London.

Neil Finn, the New Zealand singer of Crowded House, wrote this song about a night he spent in Amsterdam while on tour. In an interview he said he liked Amsterdam because ‘you can get all the weed you want and not have to worry about laws that seem rather useless in other countries.’

4. Ballad of John and Yoko by John Lennon

John Lenno and Yoko Ono spent their honeymoon in 1969 protesting against the war in Vietnam and promoting world peace by holding a so called bed-in at the Amsterdam Hilton Hotel. The press was invited into the hotel room every day. Later, John wrote about the events in the song Ballad of Yoko and John:

Drove from Paris to the Amsterdam Hilton
Talking in our beds for a week
The newspapers said
say what’re you doing in bed
I said we’re only trying to get us some peace.

The song Chassid in Amsterdam is written in Dutch with the use of many old chassid-Jewish words, which makes it quite a funny song for Dutch people.

The compositions of Belgian singer songwriter Jacques Brel have been covered and translated by many famous artists -English, American and other. The dramatic Ne me quitte pas (don’t leave me) from 1972 is probably his most famous work.

Evenly beautiful and strong is Dans le port d’Amsterdam, a poetic image of life in the old harbour of Amsterdam.

Founding member of The Velvet Underground (together with Lou Reed) made his first solo album in 1972. For this album, Vintage Violence, the song Amsterdam was recorded. The sad song is about a girl he loves, but lost, after she took a trip to Amsterdam.

Dutch rappers Mc Miker G & DJ Sven had a major hit in Europe and Canada in 1986 with the Holiday Rap. The boys are rappin’ to a sample of Madonna’s Holiday about their different summer holiday locations (“and we take a little piece of Amsterdam!”). Obviously, in Holland, this song is very well known.

Lois Lane was a Dutch band starring two drop-dead gorgeous sisters. The song Amsterdamned was written for the soundtrack of Amsterdamned, a successful Dutch movie. The film, made by Hollywood director Paul Verhoeven, tells the story about a hard-boiled Amsterdam cop who is after a serial killer lurking in the Amsterdam canals. All very exciting 80s stuff.

Last one is a cover of Jani Ian’s song Amsterdam, beautifully performed by Joan Baez.