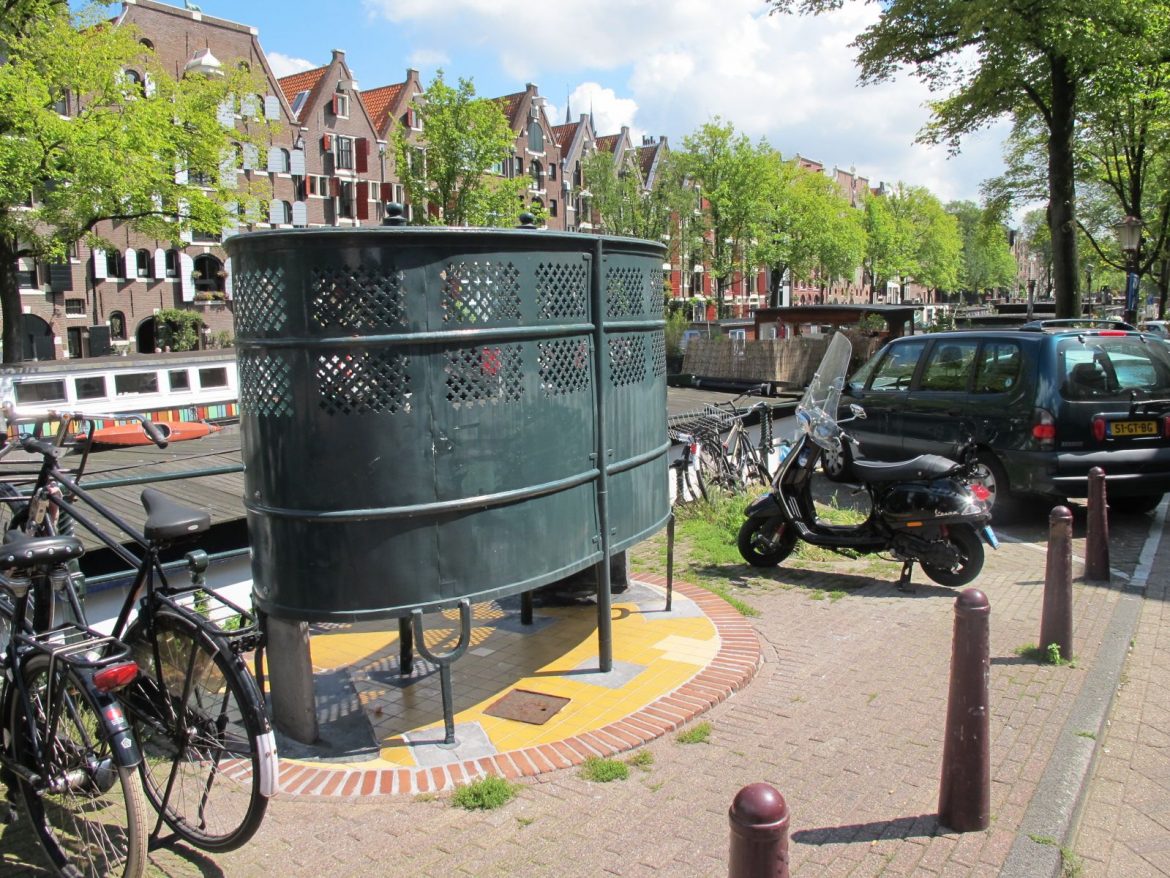 Finding a public toilet in Amsterdam is not an easy task. If you think popping into a bar or restaurant to ask politely if you may use the restroom is the answer, think again. Many bars just say no or charge you up to €1 to take a simple piss. Many boys and men use trees, buildings (churches and monuments preferably it seems) and canals to release themselves of that annoying pressure on their bladders.

But wild peeing as we call it in Amsterdam (‘wild plassen’) could set you back over 90 euros in fines in Amsterdam. Peeing in the Amsterdam canals is not just forbidden, you might not even survive that! Are you smiling? Well, I’m not kidding.

Death by taking a piss in Amsterdam

Each year on average 15 people die while peeing into an Amsterdam canal. Especially during night time, the risk is high. It’s dark and when people are drunk, the blood pressure is higher. When they lose their balance, they fall into the canal. Because the water is so cold, they hit paralyzes within minutes. These deaths are easy to spot: they find the body with the fly open.

2011 was particularly heavy. In April 2011, police dragged out 4 dead bodies. Friends of the Irish man Paul Nolan (36) had been searching for their friend for some time when they found his body in parts in the canals around the Leidseplein.

While searching for Nolan, who worked a the nearby Hard Rock Cafe, they dragged out the body of a Polish man. Also Gijs Thio, missing for some time, was found dead in the canal. All had been out late and last spotted drunk.

All these dramatic events happen, when Amsterdam is actually proud to have its own beautiful Krul: the curled pissoir, or urinal as they say in good English.

De Krul has been in Amsterdam since 1880 and the design is still more or less the same. They are available in one person or two-person variant. The Krul is rarely cleaned and swarming with bacteria, so make sure you don’t touch anything.

The plastic version of the Amsterdam urinal is somewhat more hygienic. At busy days they are installed in the necessary spots, after which they are taken away and cleaned.

Where can a woman piss in Amsterdam?

Well. It’s not easy. In a famous court case in 2017 Geerte Piening (23) fought against the charges of wild peeing. She had to pay a fine of €140 when she was caught by the police when she was peeing in the night nearby Leidseplein.

She really had to go, the woman told the judge. There are 35 urinals for men in the city of Amsterdam, and only 3 for women. The judge, however, was relentless and told her she could have urinated in a men’s urinal.

But the court case did have some effect. In areas in Amsterdam where toilet facilities are lacking, causing people to pee in the wild, toilets have been set in place. At parks like Vondelpark there are now public toilets. The council also came with a map where public toilets are located.

How to find a toilet in Amsterdam? Toilets are called ‘WC’ (pronounce ‘way say’) in Dutch or ‘toilet’ (as in the French ‘toilet’, but with a pronounced ‘T’ at the end.)

It’s very handy-dandy in Amsterdam indeed, if your a guy! Haha sorry ladies. I stumbled on this 6 1/2 foot spiral contraption on the sidewalk when visiting Amsterdam on my first visit and didn’t know what to think of it. After only a few seconds I could smell the urine the natural knew precisely what it was. At least it was private compared to others I’ve seen since. Had I not found it I would’ve pissed myself. They should hose them down imo or maybe a freshener pod in the vicinity. WE all have to go.

Use the department store ‘de Bijenkof’ on Damrak toilets. They are very clean and free to use.