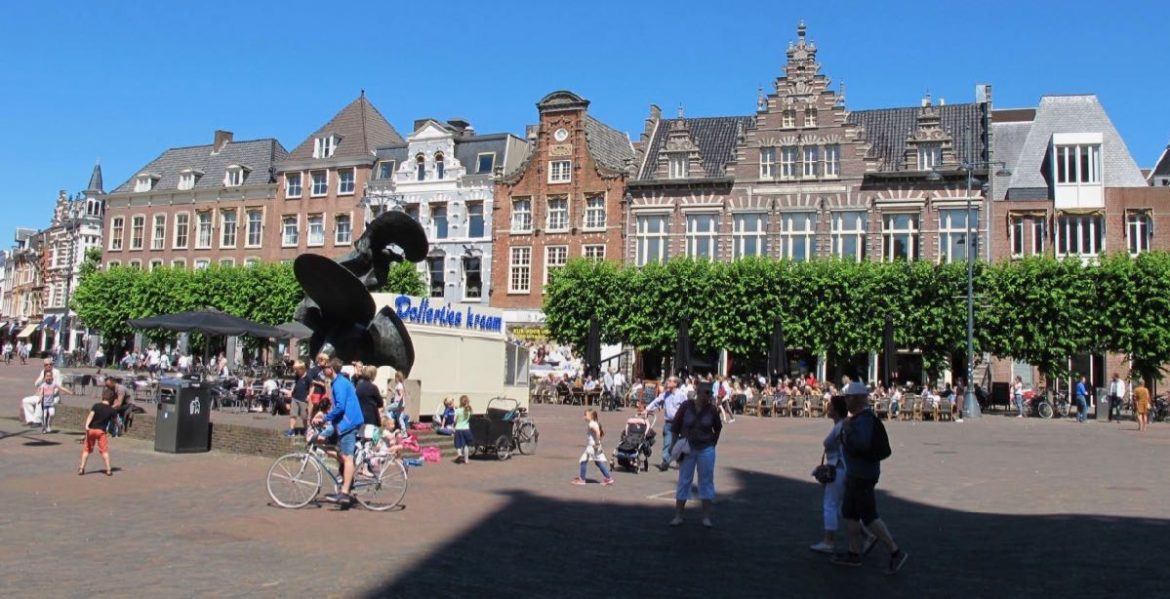 Haarlem is Amsterdam’s little sister. The historical buildings, small cobbled streets, fashion boutiques, and sunny terraces make it a great tourist destination for culture, shopping, and dining. Haarlem is a charming city for a day trip visit from Amsterdam. The city lies about thirty kilometers west of Amsterdam.

The heart of Haarlem is the enormous St. Bavo Church located on the grand square Grote Markt. The church is surrounded by many historical buildings. To get a full understand of Haarlem’s rich historic past, it can best be explored on a guided tour. Here are some suggestions:

What to see when in Haarlem

From Amsterdam, Haarlem is only a 20-minute train ride away. Trains from Amsterdam Central Station leave about every 15 minutes to Haarlem. You arrive at one of the most charming train stations in The Netherlands.

Haarlem railway station is an official monument, dating back to 1908. The Haarlem train station is the only train station in The Netherland built in the Art Nouveau architectural style. It’s heavily decorated with many colorful tiles.

Haarlem is similar to Amsterdam because it also has many canals, cobbled streets, churches, and monumental houses. Many buildings in Haarlem date back to the 16th to the 19th century. But Haarlem is a much older city than Amsterdam. At the end of the Middle Ages, it was one of the most important cities of Holland, well known for its textile industry.

Haarlem historical center has many small side streets with hidden courtyards. Just like in Amsterdam’s Jordaan Quarter, Haarlem is full of these quiet, secluded gardens which were once the homes of single women, paid for by a benefactor.

Haarlem is considered one of the best places in The Netherlands for shopping. The main shopping area is called The Golden Streets, around the central square Grote Markt, in the heart of the old center.

Along with well known international chain shops such as Zara, H&M and Mango, in the little side streets, you find smaller boutiques full of design, vintage, concept stores, delicacies, and stylish toy shops, antiques, food and fashion boutiques.

In the 17e century, it was Holland’s Golden Age and Haarlem also went through an economic boom. Haarlem attracted many artists and merchants. Painters like Frans Hals, Jan de Bray, Van Goyen, and Pieter Claesz put Haarlem on the map.

Frans Hals is probably Haarlem’s most famous painter. Frans Hals was the son of Flemish immigrants, arriving in Haarlem in 1584. He became one of the most important artists of the Dutch Golden Age, painting mainly portraits. Much of his work is now in its own museum in Haarlem, the Frans Hals Museum.

The Tylers Museum is the oldest museum of The Netherlands dating back to 1778. The buildings alone are amazing, with its impressive Oval Room. The artifacts are great, with fossils and minerals, fascinating old scientific instruments, medals, coins, and paintings.

The Dolhuys is also interesting for a visit when in Haarlem. A ‘dolhuys’ was the name for a home for psychiatric patients, lepers, and people suffering from the plague. Since 1900 the Dolhuys is a museum for psychiatry. You can learn about the history of the treatment of psychiatric diseases and get a grip on ‘crazy’ vs ‘normal’.

Like Amsterdam, Haarlem has many canals. You can see the city from a different angle by taking a canal boat tour. A canal boat tour is a great idea for a day trip visit to Haarlem.

Visit to a cheese market