Things to do in AmsterdamWinter 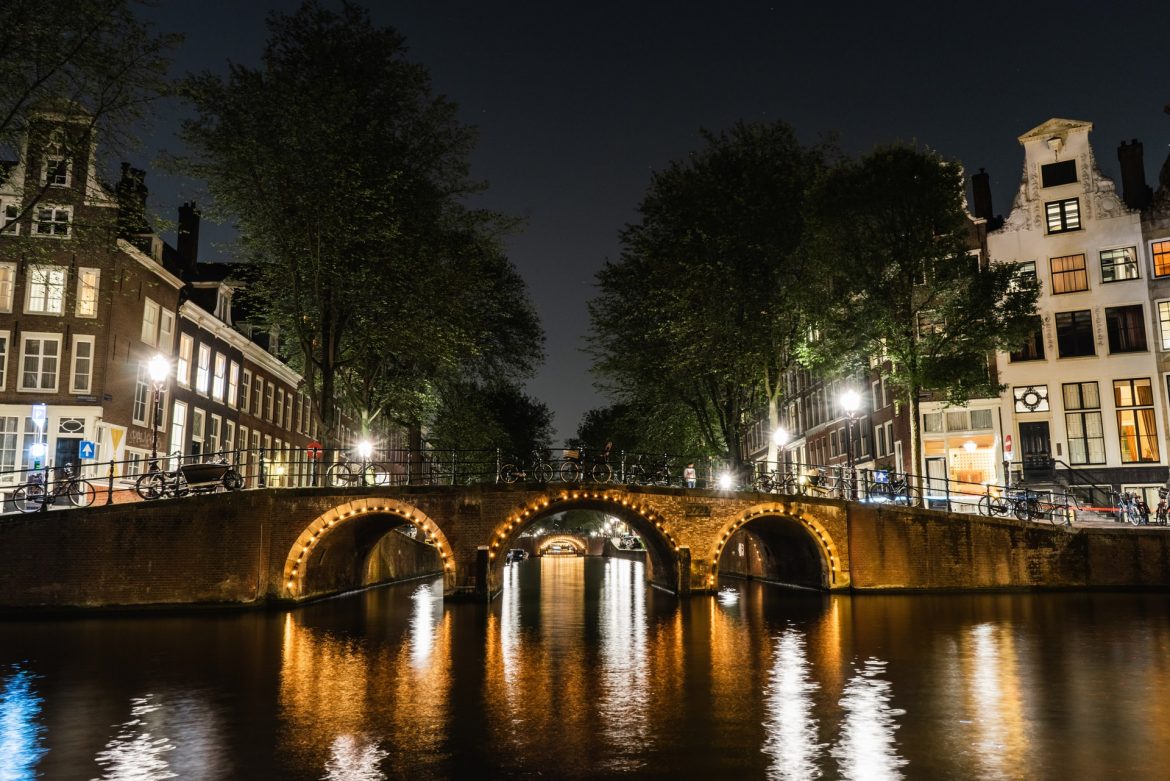 Amsterdam is a magical place to be in December. Even in Corona times! Here is a list of things to do in Amsterdam in December in 2020. Remember that a face mask is obligatory indoors in public spaces.

Ready for something completely new? Nxt Museum has opened this year and totally new. It’s actually the first museum in the Netherlands that is totally about new media art. It comprises eight multi-sensory installations created by artists, designers, technologists, scientists, and musicians. And it’s pretty cool.

Nxt Museum is located at Asterweg 22 in Amsterdam Noord. Take the free ferry to Buiksloterweg. You can walk or bike from the ferry station.

Check out this video below to find out what you can expect:

Soundscapes of the city

Soundtrackcity has been making audio guided tours for over 10 years that are a little different than your average guided tour. It can be just sounds, music, voices, or interviews. What they have in common is that they let you experience the city in a completely new way. They are even nice to listen to at home or during a random walk or a bike ride.

Most audio is in Dutch, but they have also a good choice in English walks.

In Dutch: Guided walk in Slotermeer

Slotermeer is a neighborhood in Amsterdam West, near Sloterplas. It’s an area that has mostly social housing. Many immigrants live here and expats can still find something affordable to rent here.

Slotermeer is also known as the Tuinsteden or Garden Cities. They were created in a planned manner by architect and city planner Van Eesteren. The idea was to create a green, light, and spacious haven for the working class after the Second World War.

Learn more about the amazing ideas and architecture behind Slotermeer during the outdoor guided walks. The walks start at 13.00 hours Thursday to Sunday at the Van Eesteren Pavillion at Sloterplas. More info here (in Dutch).

Lada is the iconic car brand from the Sovjet Union. Back in the communist era, you could see this car everywhere in Russia and Eastern Europa. With over 30 million Lada cars made, it is the third most-produced car in the world.

The exhibition Traces of 50 Years of Lada, is about the state of the car brand. On display are photos made by Dutch photographer Sandra Hazenberg. Images of drivers and dealers, employees who still fabricate Lada as well as members of the active Lada fanclub.

The exhibition is at the World Trade Center and free to visit.

Amsterdam Oude Stad is a neighborhood project in the old part of Amsterdam. For many Amsterdam residents, areas like Jordaan, Chinatown, and the Red Light District are synonyms with tourists and crowded streets. The project wants to show that there is more to the old part, like history, nice small shops, and restaurants.

You can explore the beauty of the old town yourself on one of their scavenger hunts. Fun for kids and adults and there are available in English. The extended tour is not free, but by paying you are supporting local entrepreneurs.

Exhibition in and about the Nieuwe Kerk

The Nieuwe Kerk is the large church on Dam Square. It is used for exhibitions and the occasional royal ceremony. From December 2020 until April you can visit this important Amsterdam church for the temporary exhibition History & Royalty. 600 Years of History.

On display are films, historic objects, secret chambers, and monumental interior parts that shine a light on the long history of the church and Dutch royalty.